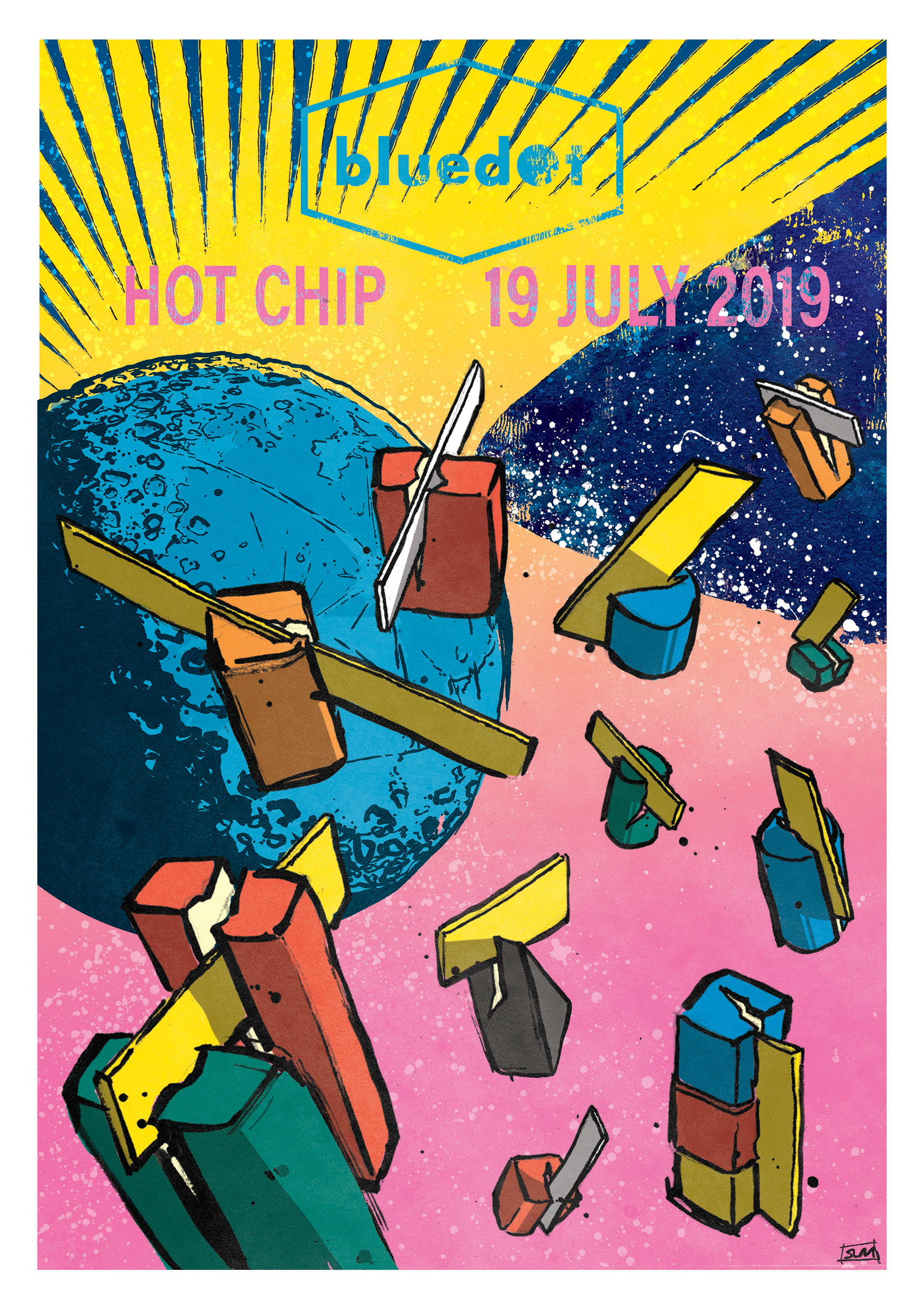 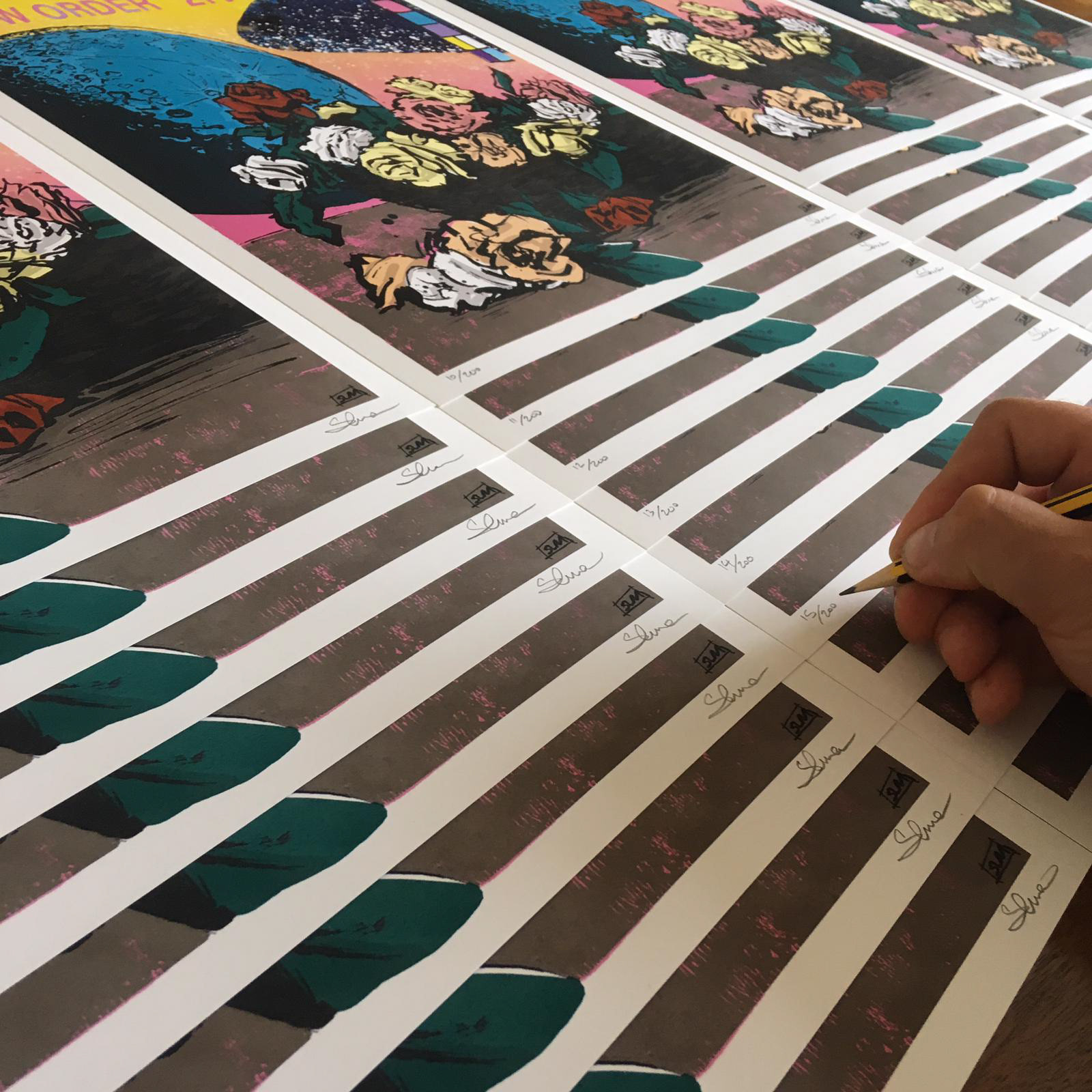 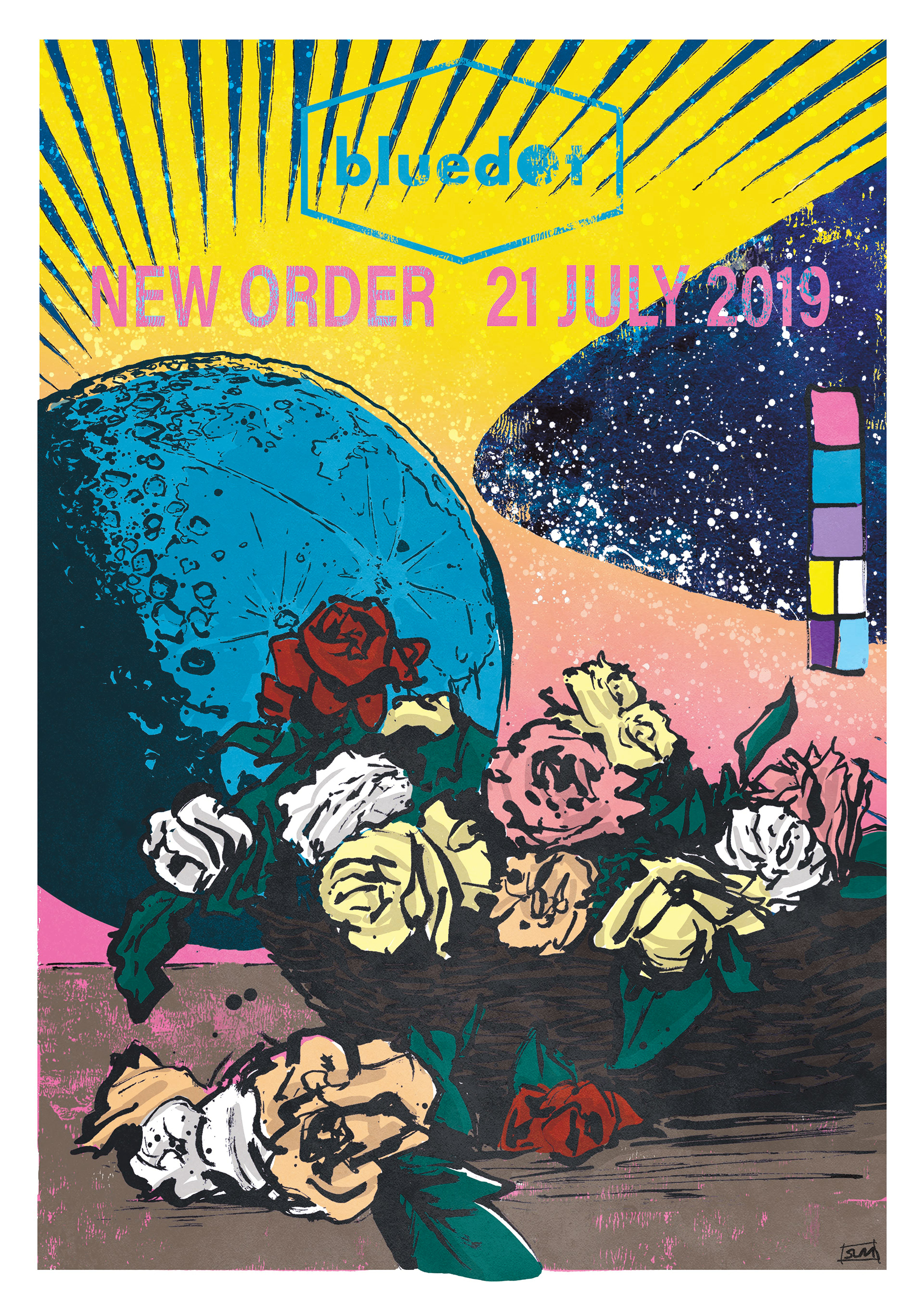 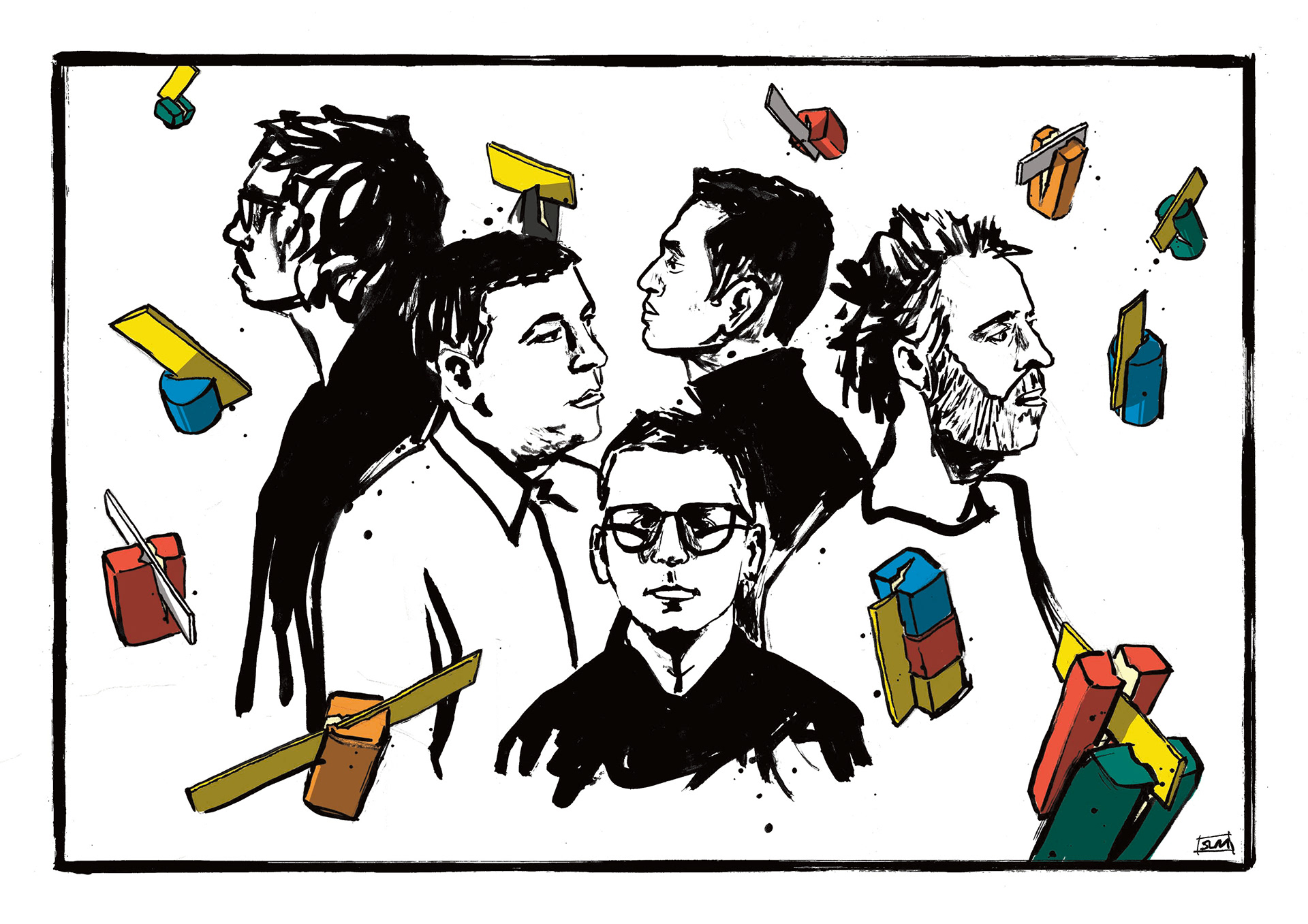 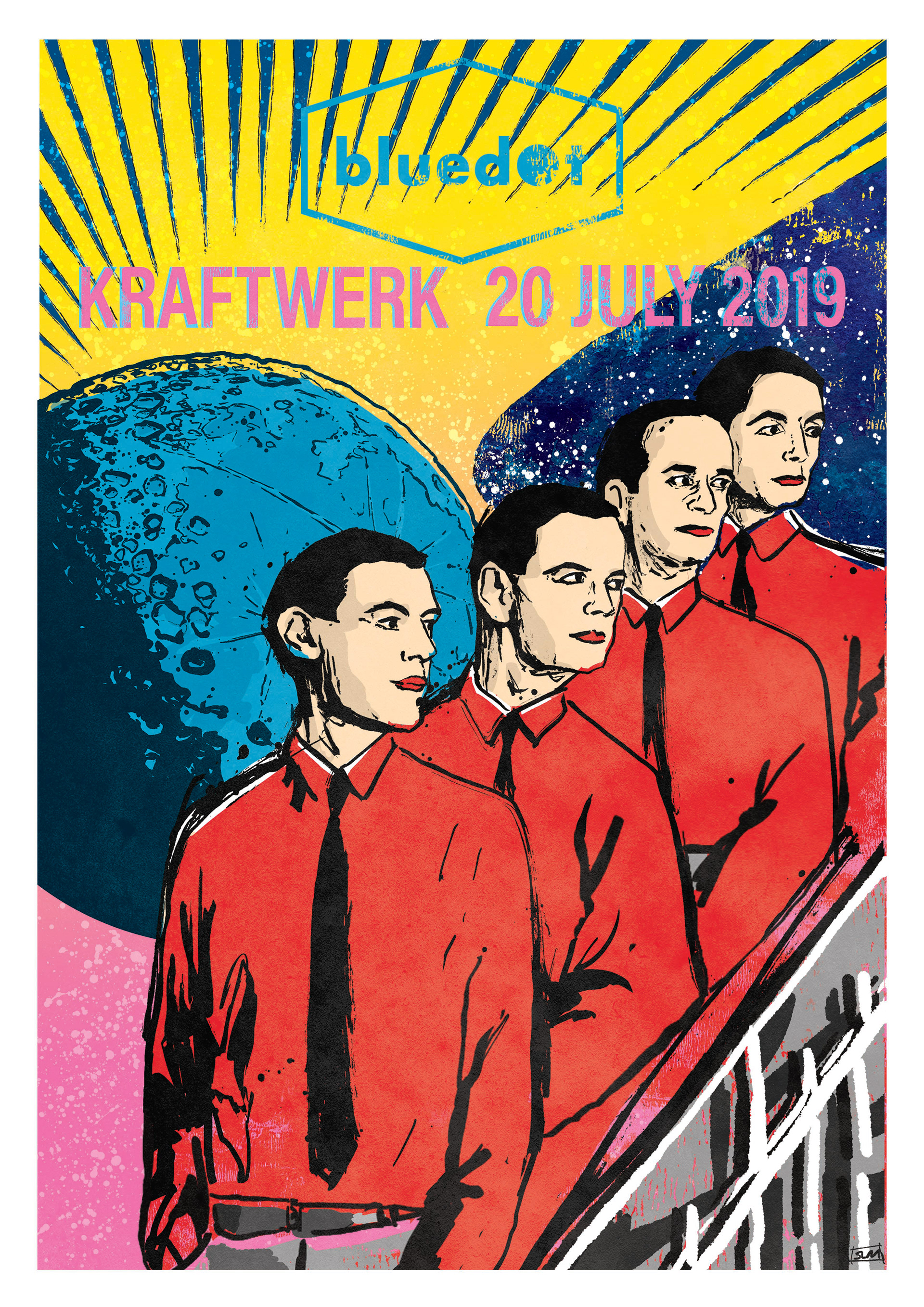 At Bluedot Festival 2019 I worked alongside Incredible Oceans in their 'Ocean Zone' dome, running an 'inky drawing workshop' and exhibiting my personal pieces depicting ocean, space & music themes. In the run up I produced some gig 'posters' & some band portraits for the headline acts band portraits.
NEW ORDER LIMITED EDITION PRINT - After the band's promo manager posted my illustration on their official instagram account to announce their arrival at the festival, we got to chatting and the conversation led to producing a limited run of 200 signed prints of the image! The response has been fantastic and I really can't thank him enough for the support! Here's a link to the Etsy listing;
Buy New Order Bluedot Print
Prints of all the other images shown below are also available to buy on Etsy, not as limited editions; https://www.etsy.com/uk/listing/709404472/other-bluedot-festival-2019-giclee?ref=listings_manager_grid
New Order Bluedot Poster, 2019 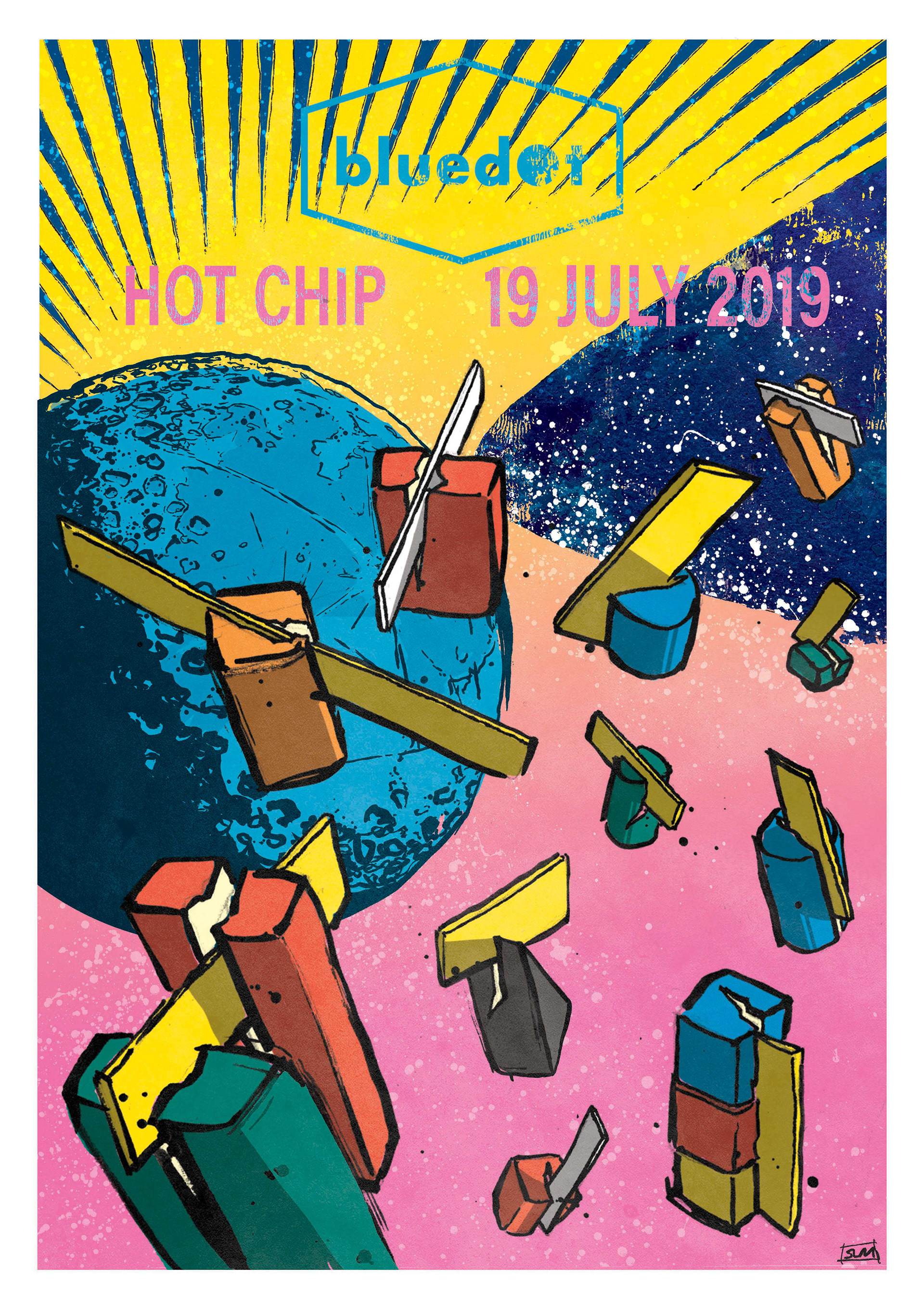 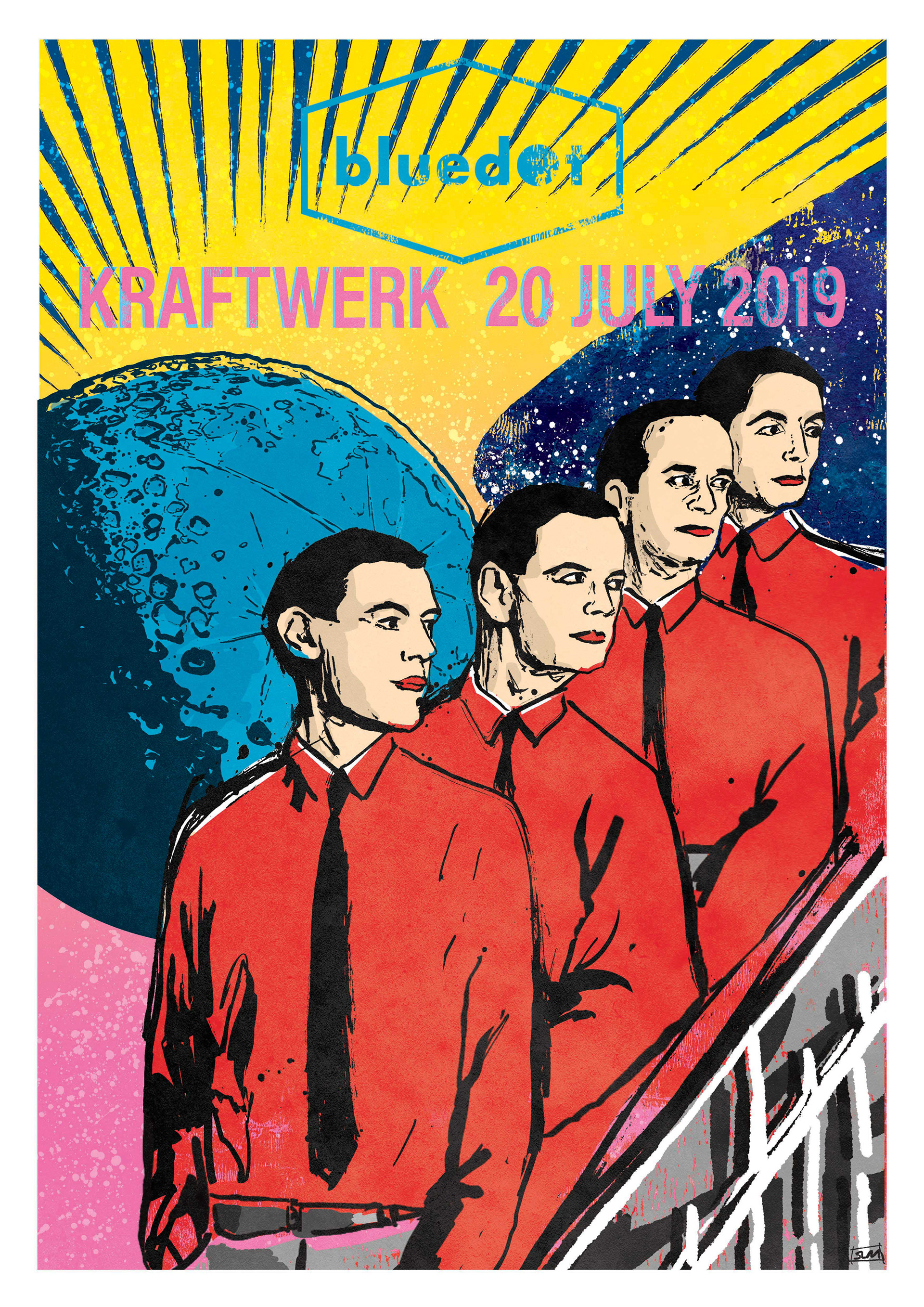 Original Hot Chip poster made for the festival;