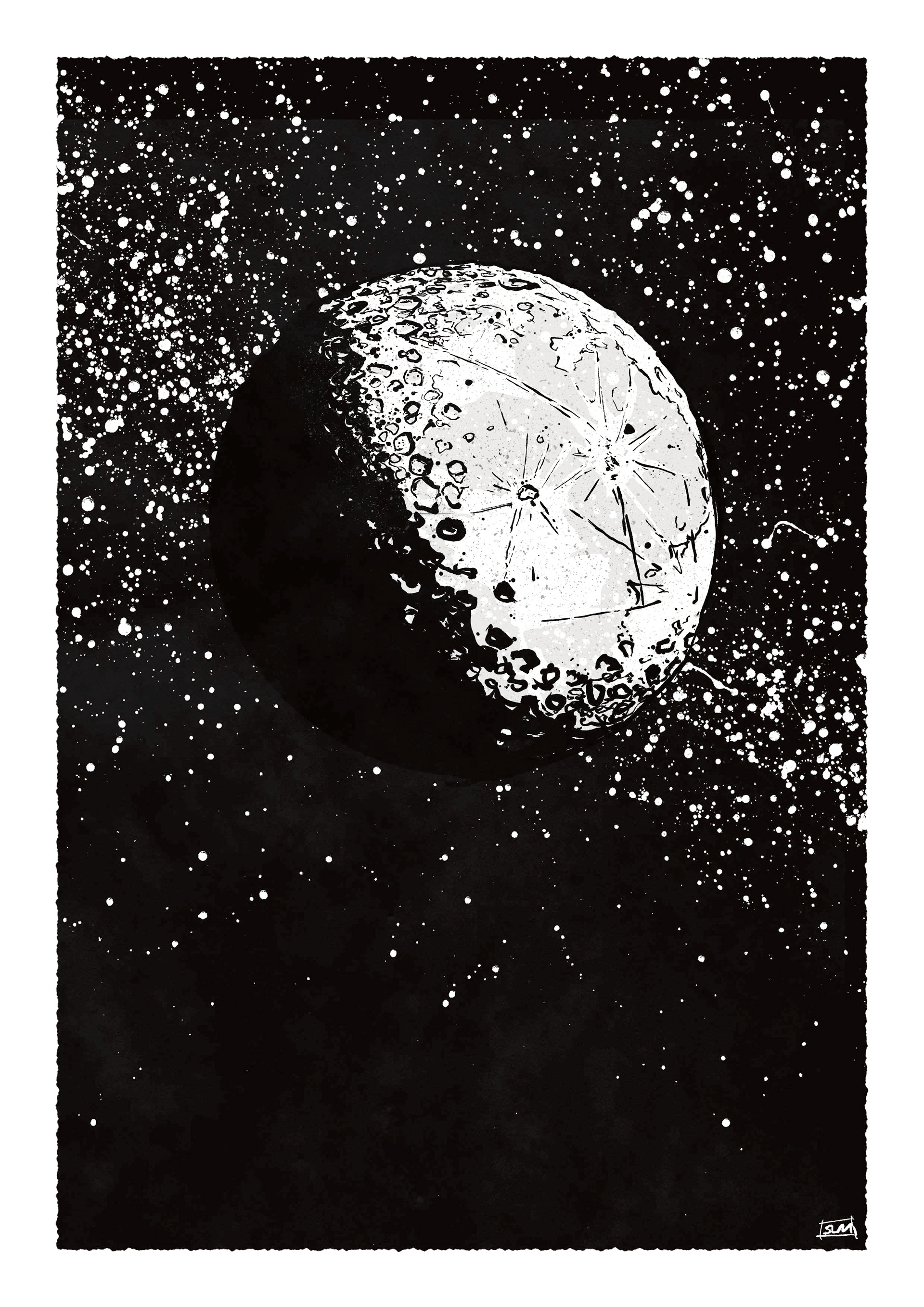 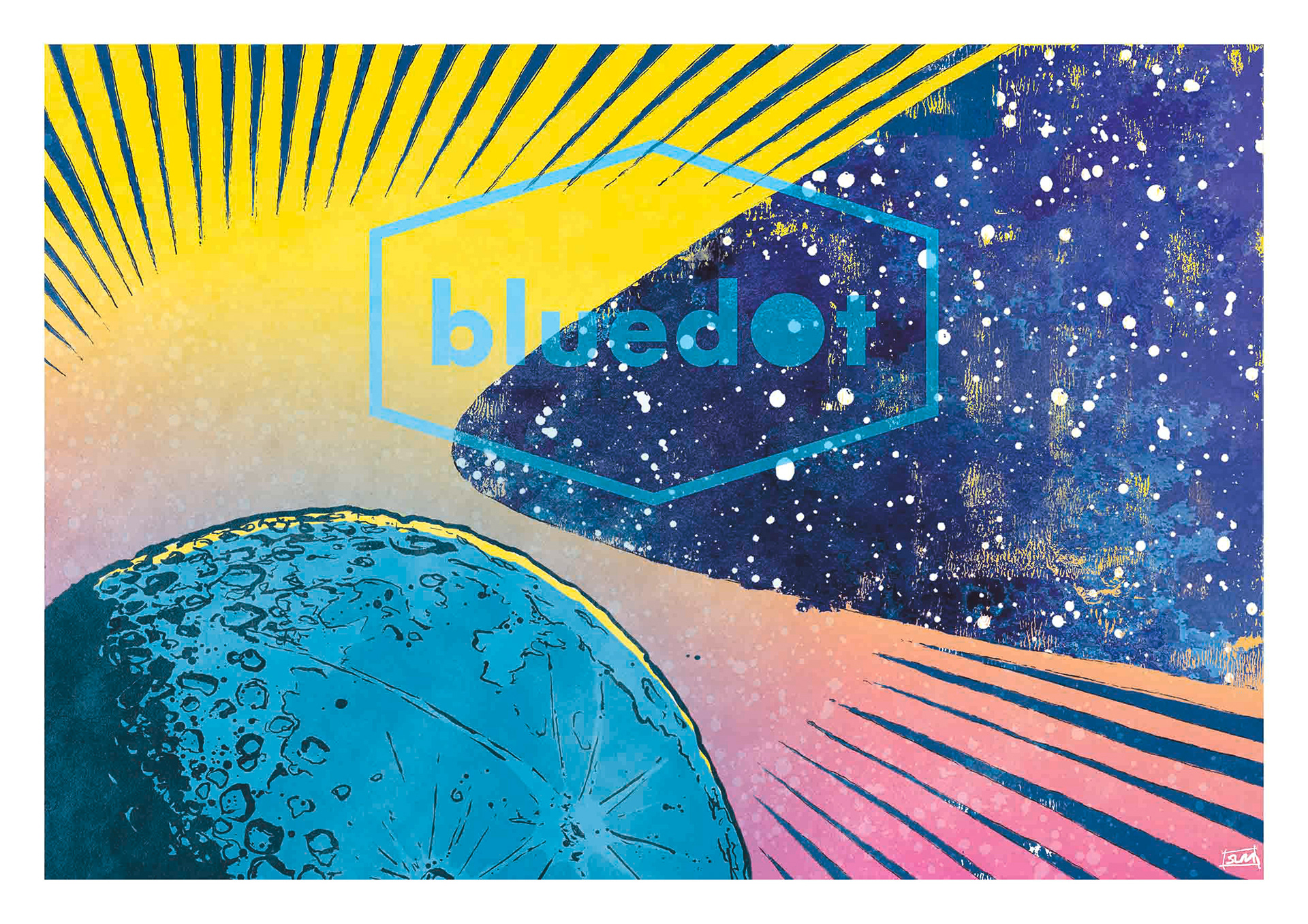 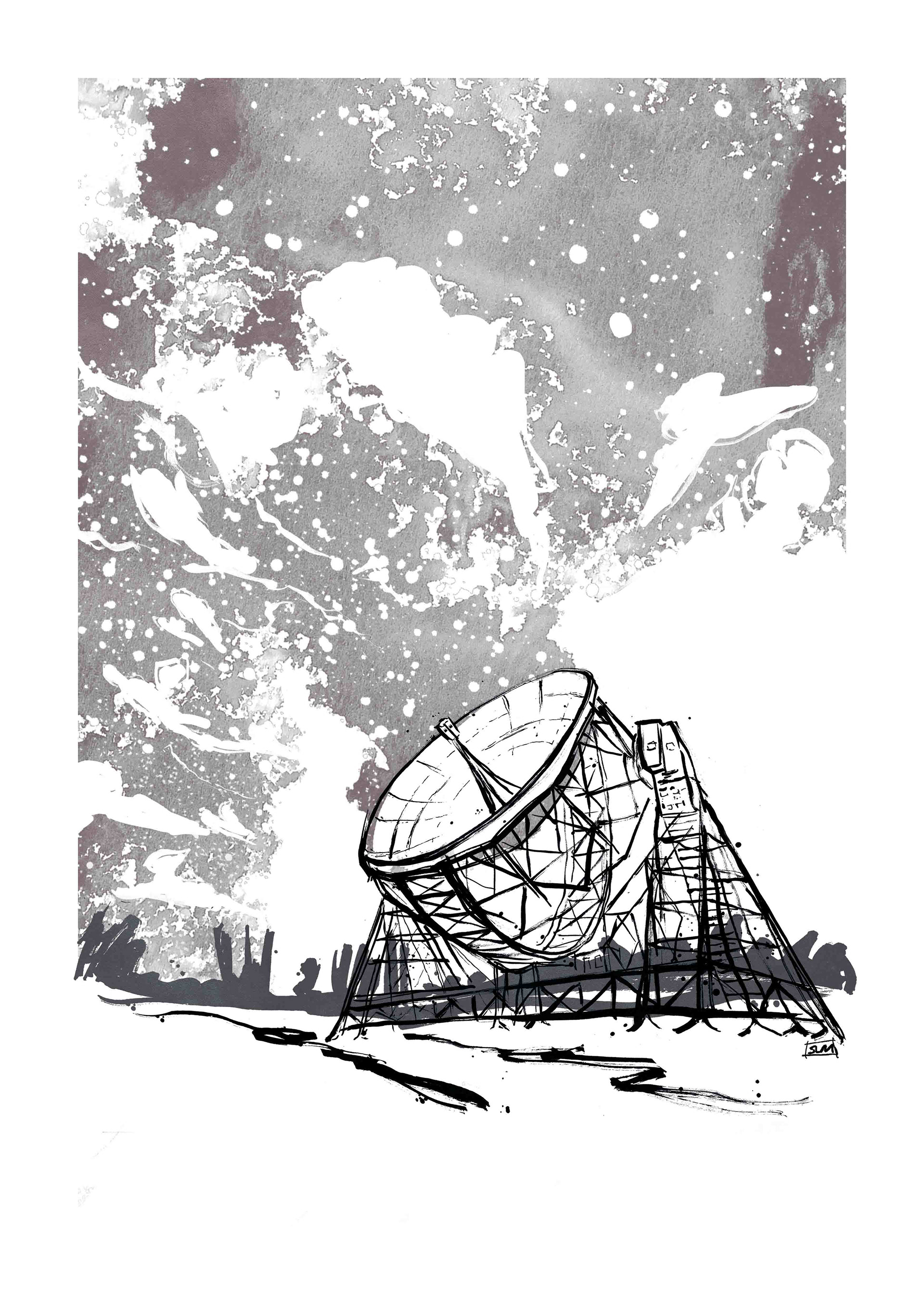 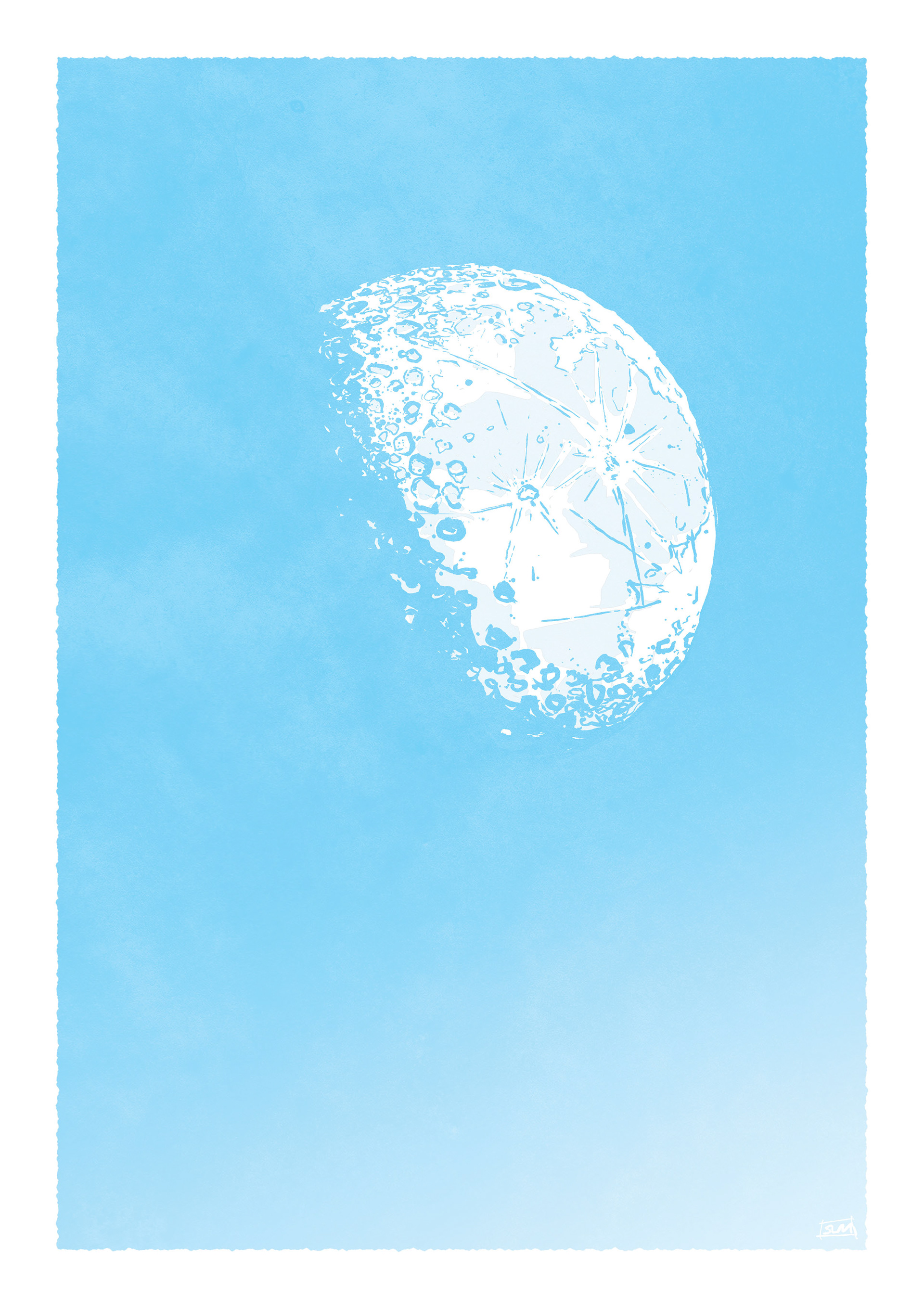 At Bluedot Festival 2019 I worked alongside Incredible Oceans in their 'Ocean Zone' dome, running an 'inky drawing workshop' and exhibiting my personal pieces depicting ocean, space or music themes, all of which are regular themes in my work and tied in with both the organisation and the festival. In the run up I decided to produce gig 'poster' artworks for some of the headline acts, band portraits, and a few images relating to the festival and its location.
As it was being held on the 50th anniversary of the Apollo 11 moon landing, and the festival is held at the site of the amazing Lovell radio telescope at Jodrell Bank, I was inspired to produce the images shown below. (Band related artwork can be viewed in the separate project folder 'Bluedot 2019 Band Art'.
All images are available to buy as prints on Etsy;
https://www.etsy.com/uk/listing/709404472/other-bluedot-festival-2019-giclee?ref=listings_manager_grid

The Moon (for the moon landing 50th anniversary at Bluedot) Indian Ink, 2019