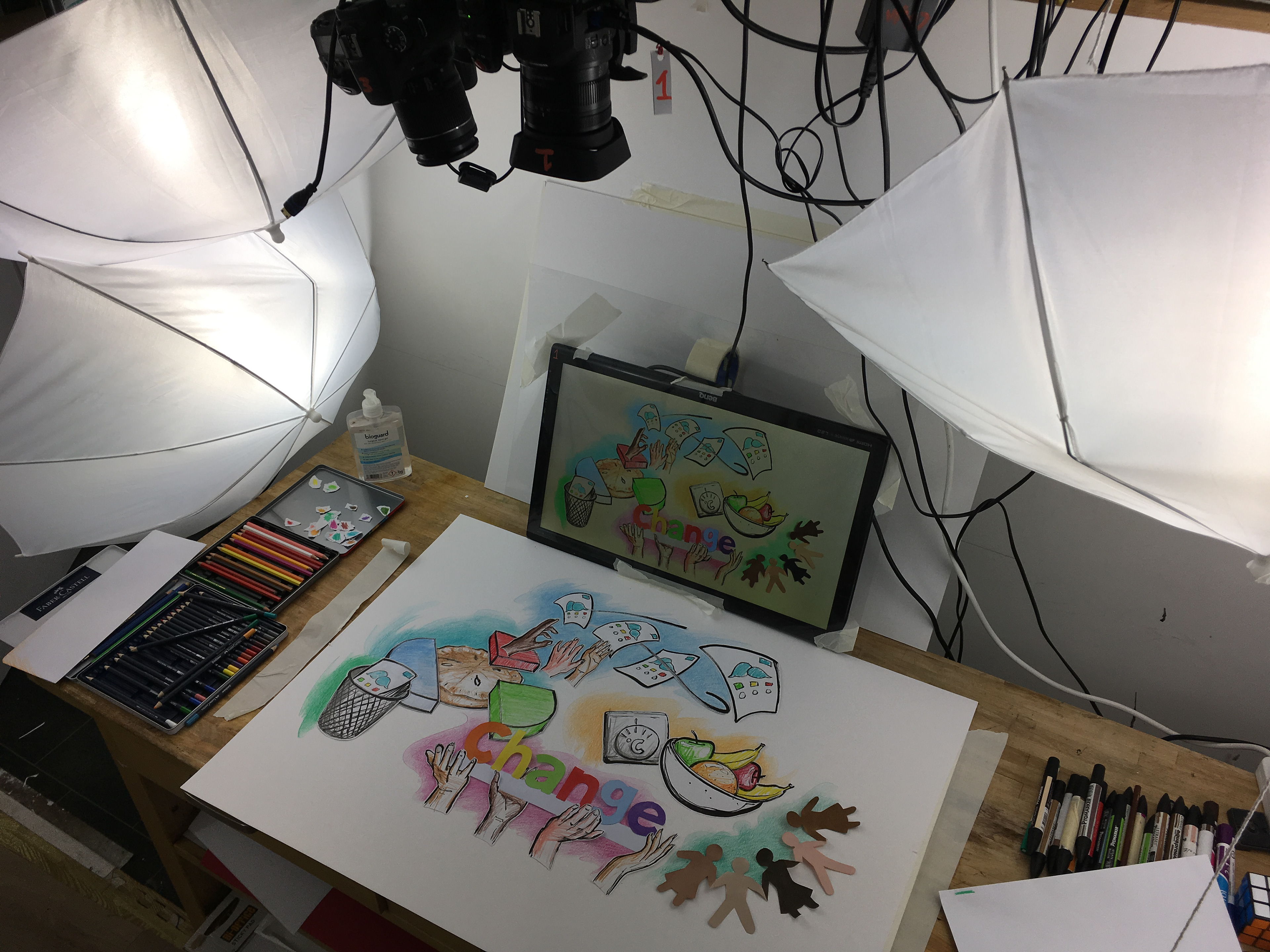 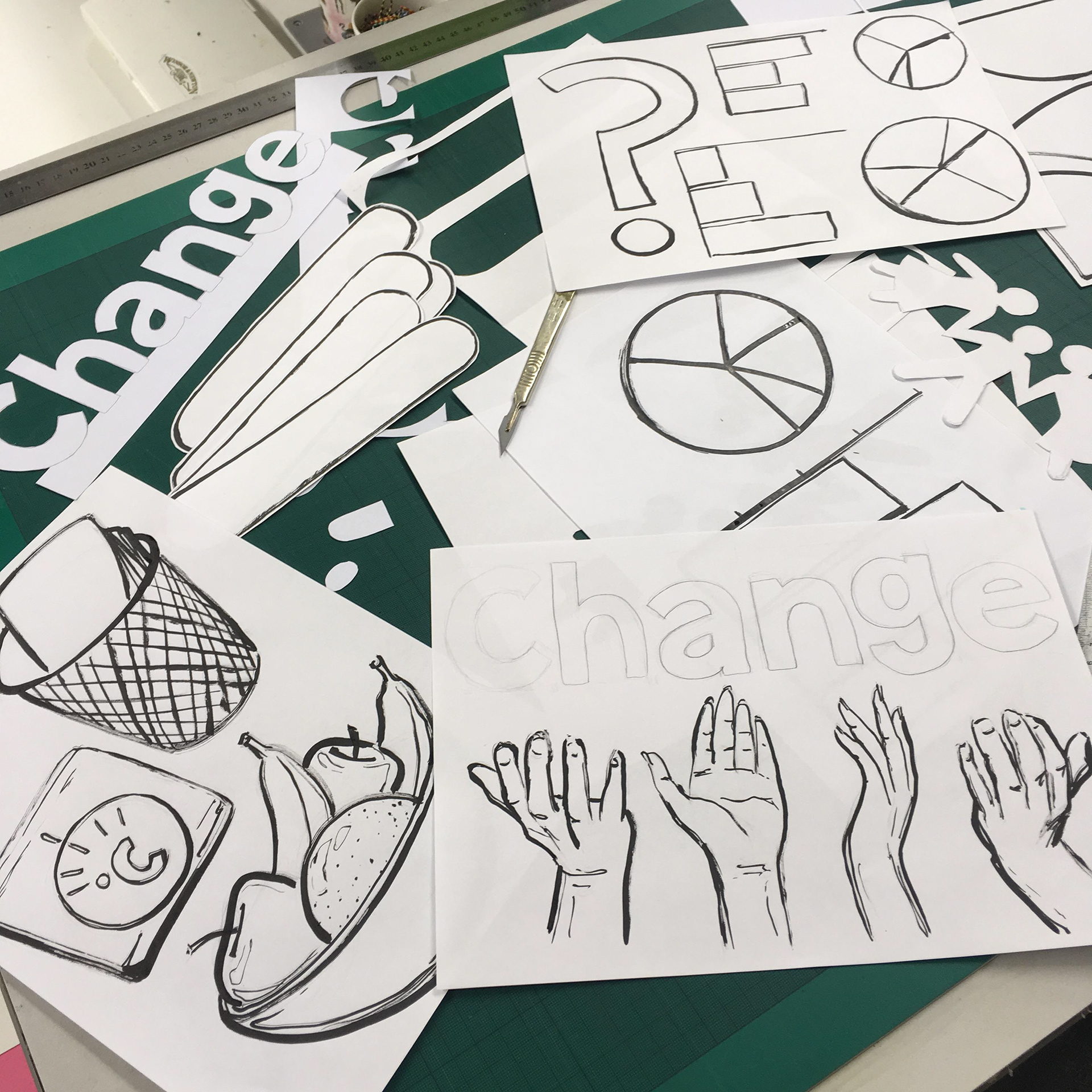 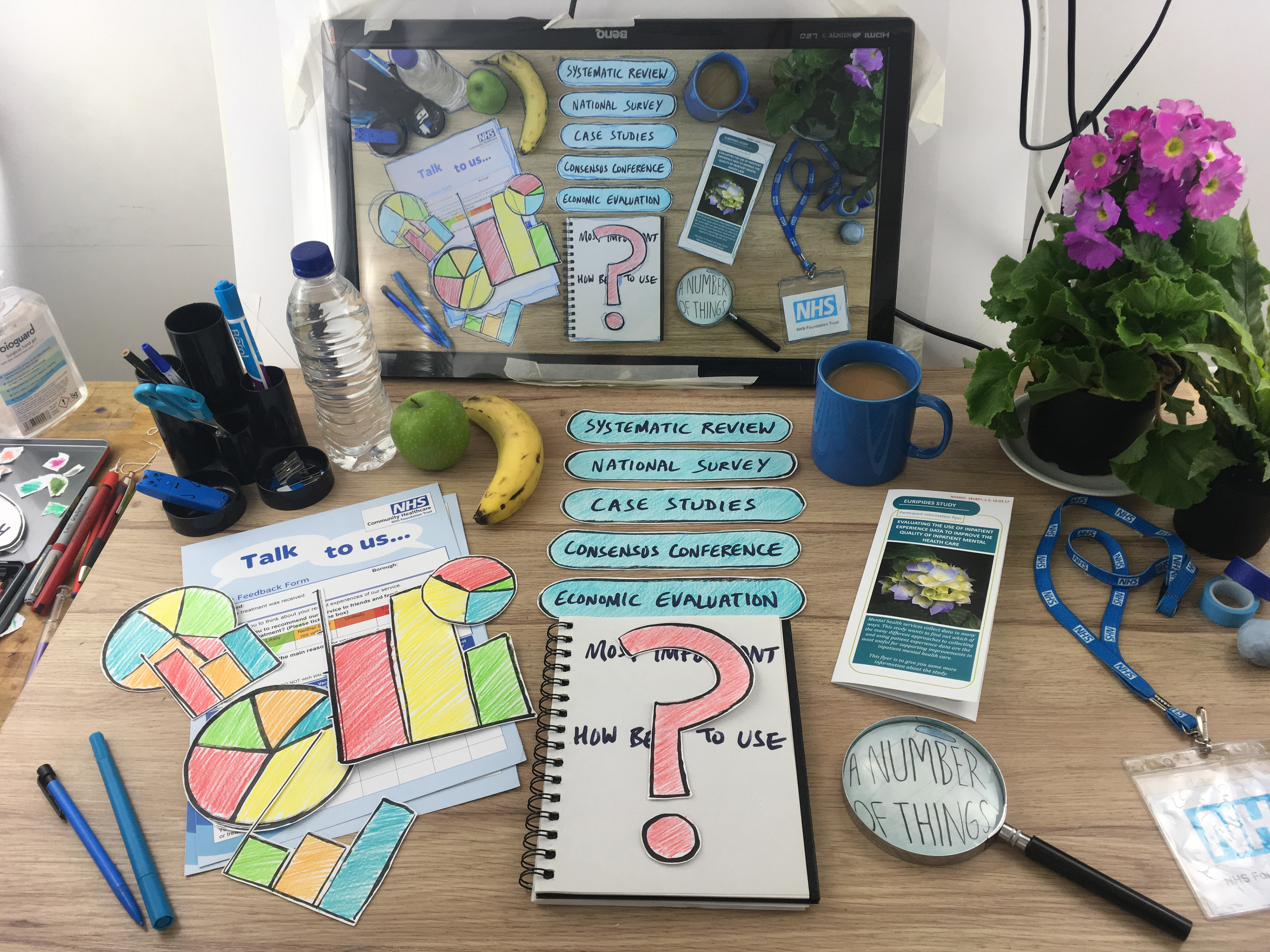 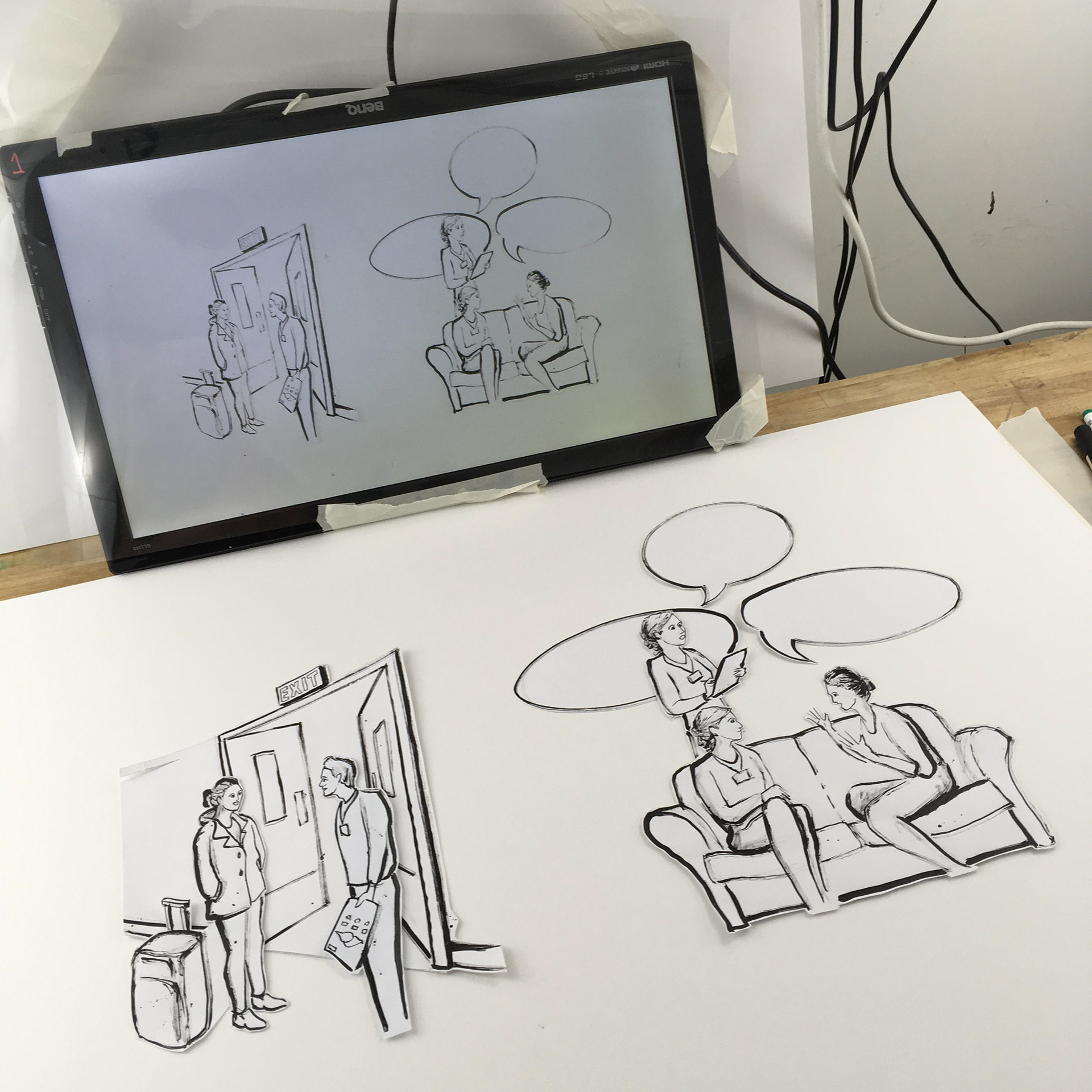 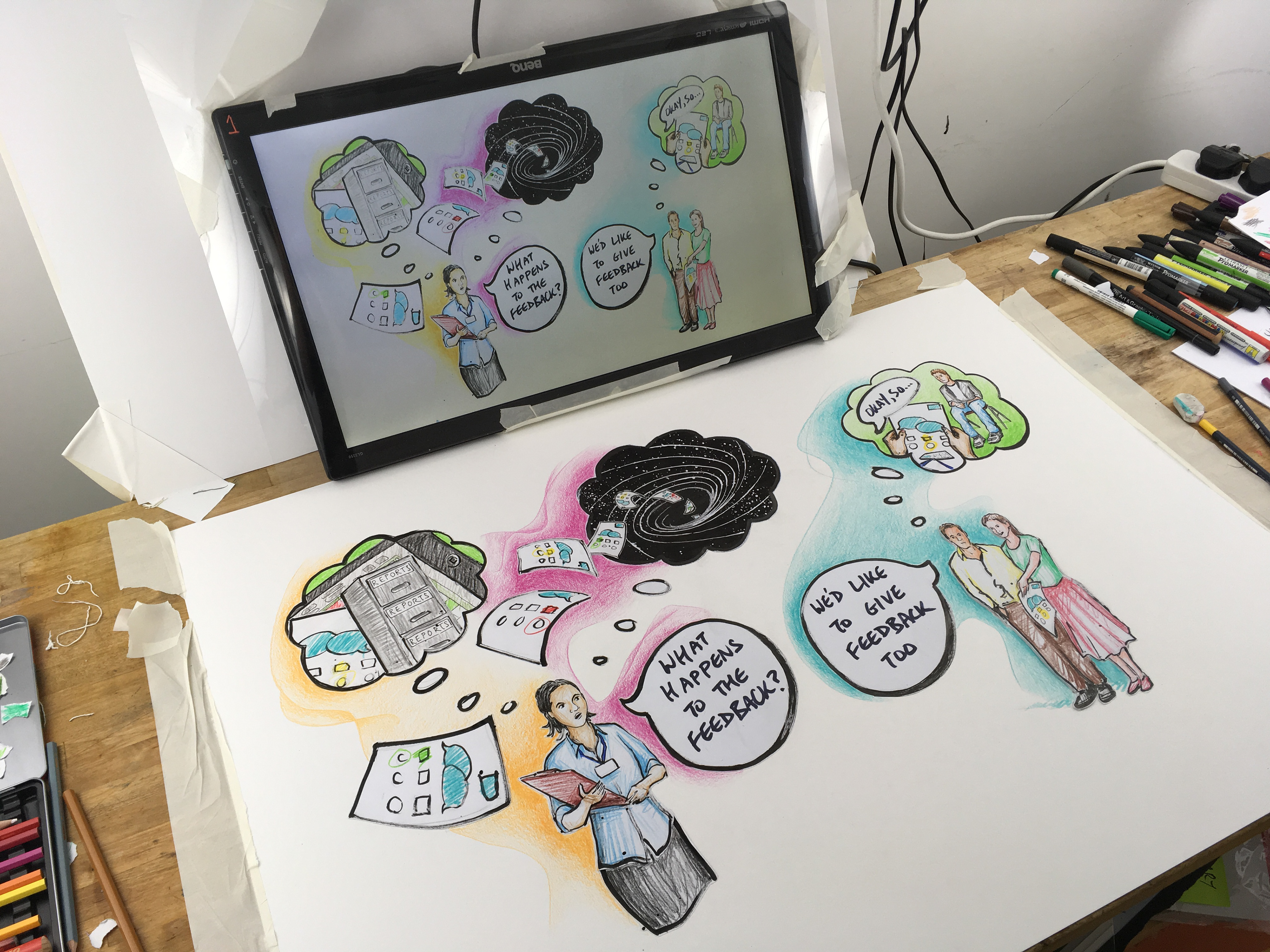 In February 2019 I was contacted by Creative Connection Animation Studio to storyboard a proposal for an animation about an NHS study called Euripides,which examined how feedback about inpatient experience is used in mental health services. After being selected for the project, the production involved creating, stencilling and filming the elements of each scene. The CC studio production style takes static artwork, and elements of stop motion, and films them in a semi-real world setting by placing and moving elements by hand in shot, and in some scenes using real surfaces for backgrounds. It’s a simple yet really effective process that produces a lovely ‘quirky’ end result that often reminds me of the animated elements in Wes Anderson's films, and the process was a lot of fun figuring out the little stop motion elements and how components would move or change during each scene. Once all five scenes were filmed, the footage was then edited together by the studio. Here's there result;
Here is the storyboard proposal, and I've also included a couple of time-lapse videos below. The first is of the end of one scene and preparing the next...the second shows more of the process however you'll have to excuse the accidental camera panning throughout! 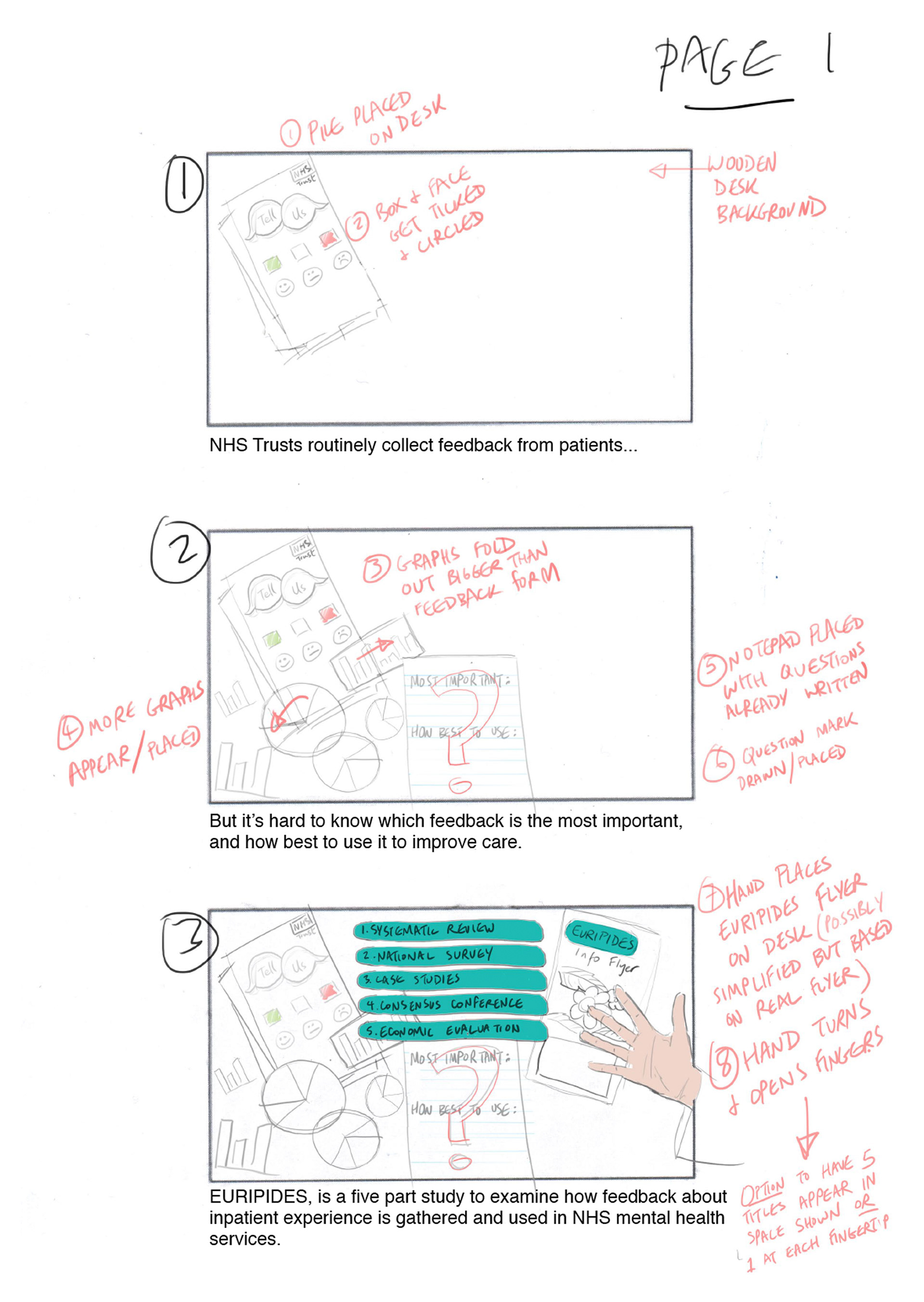 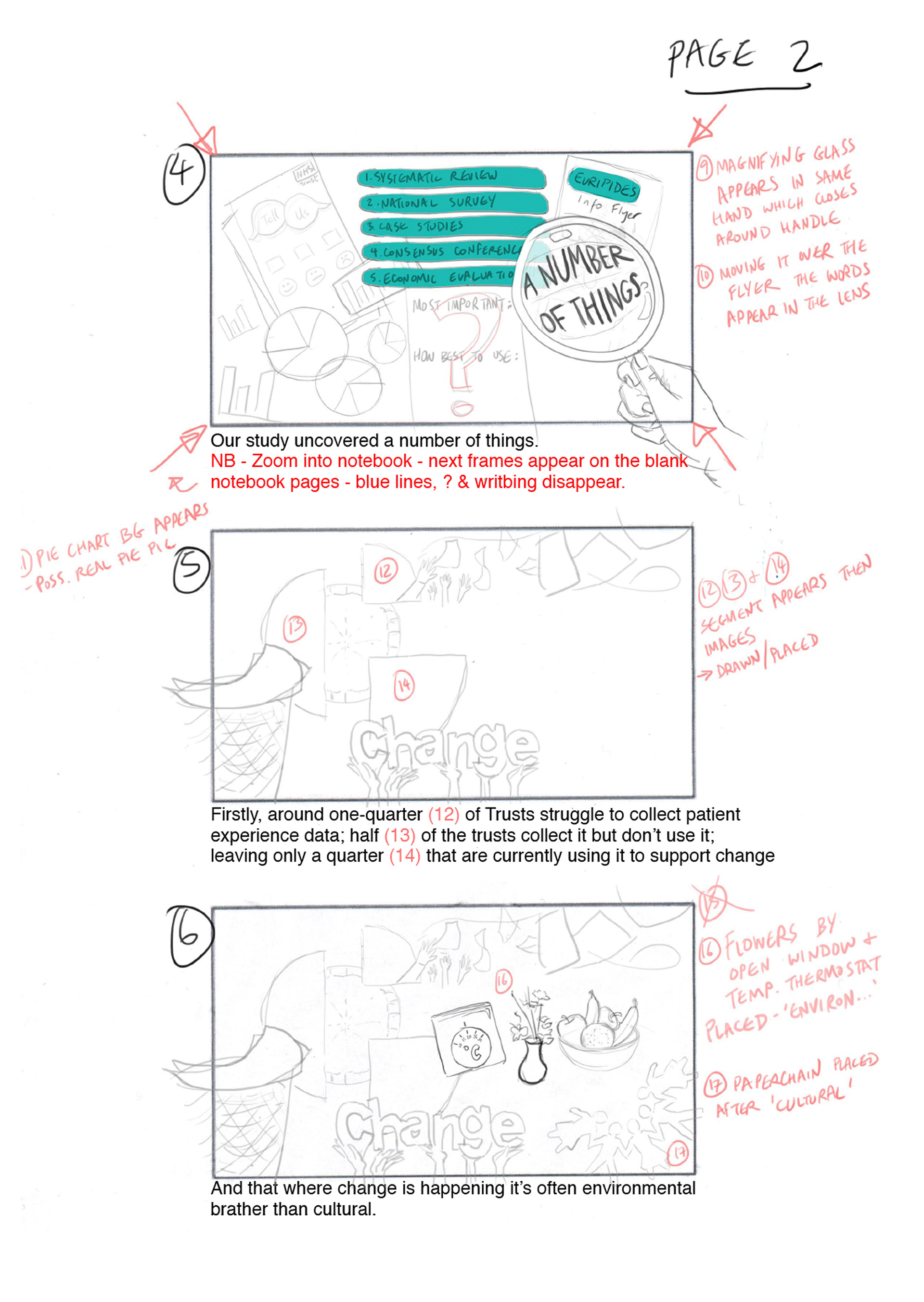 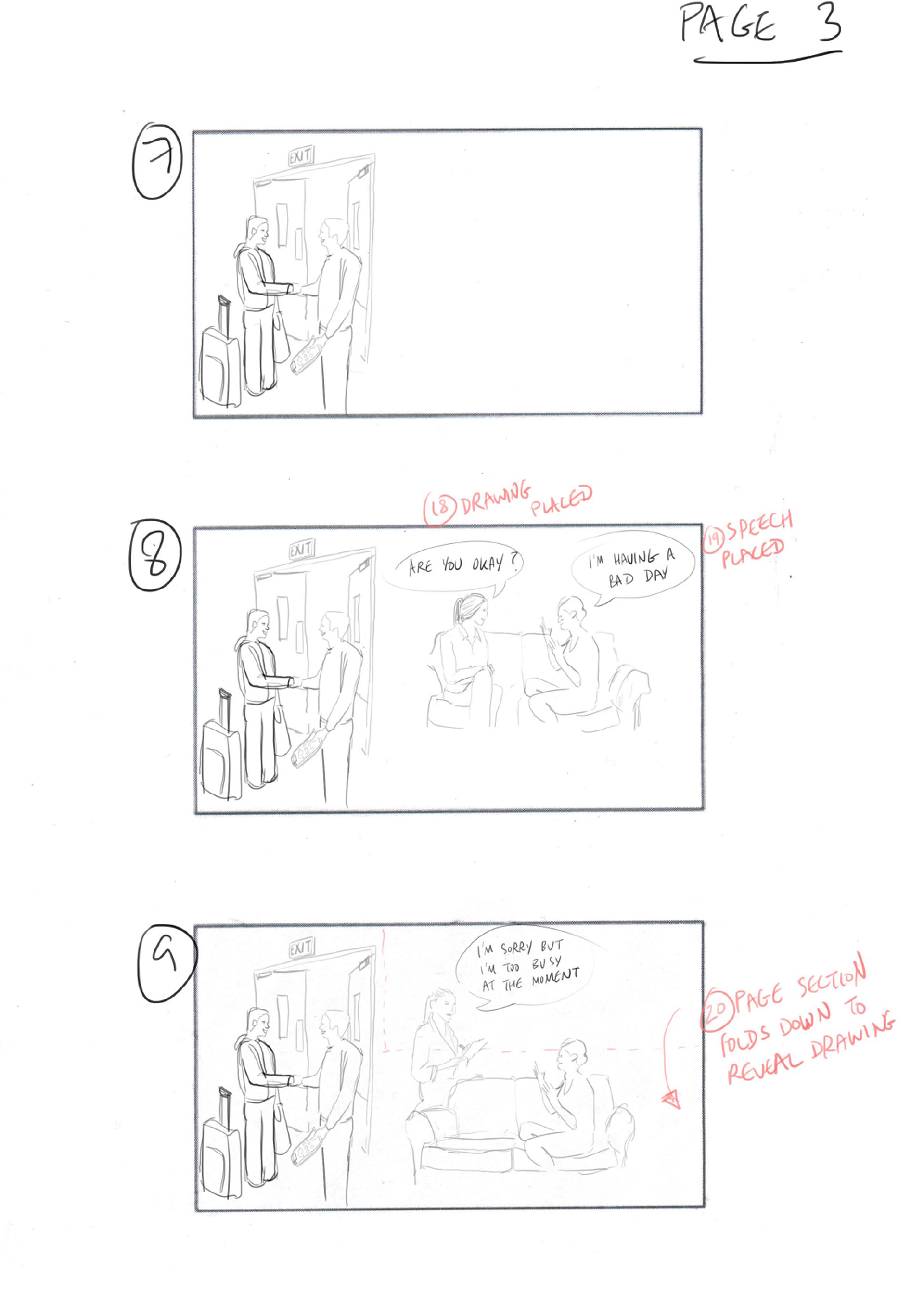 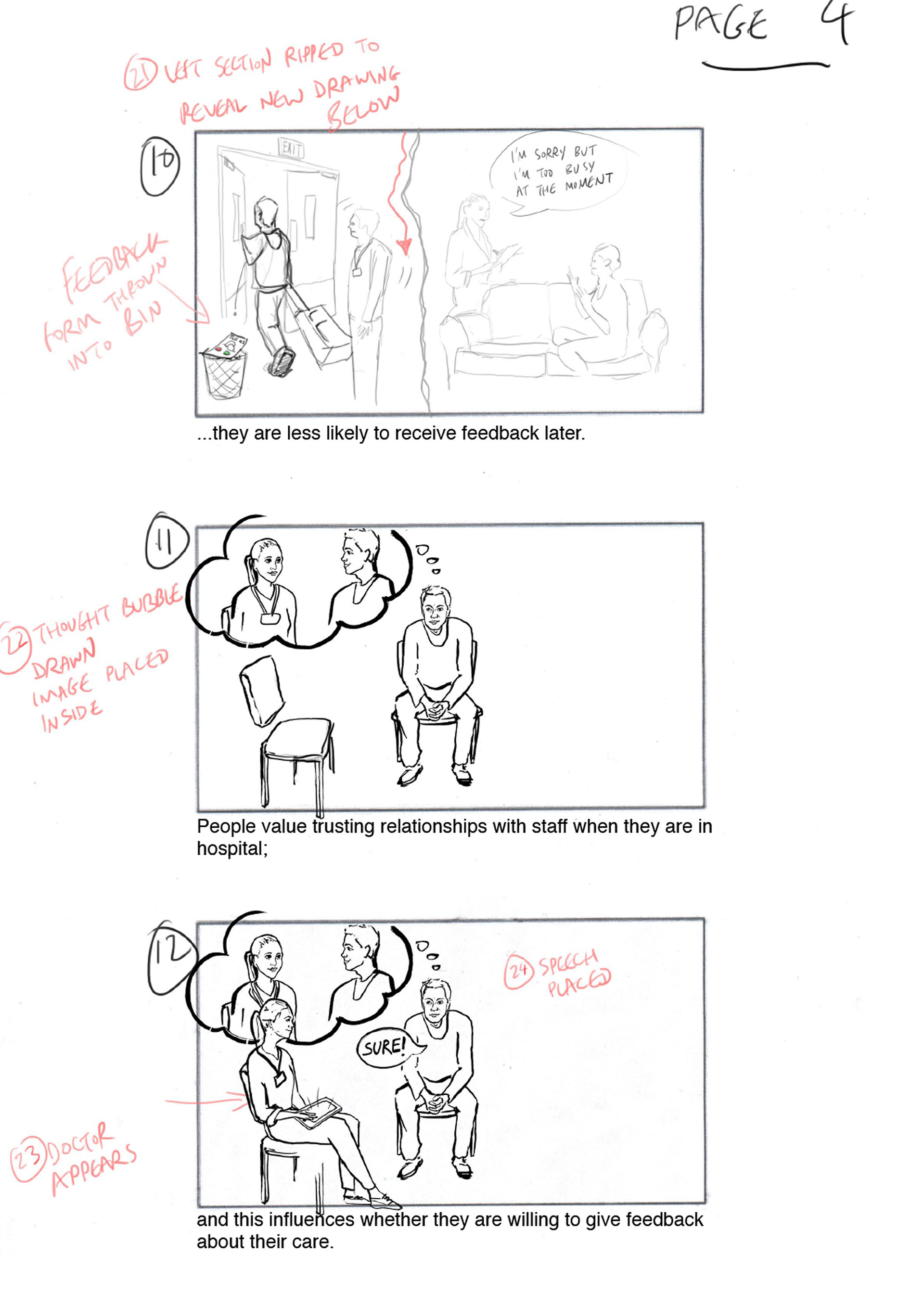 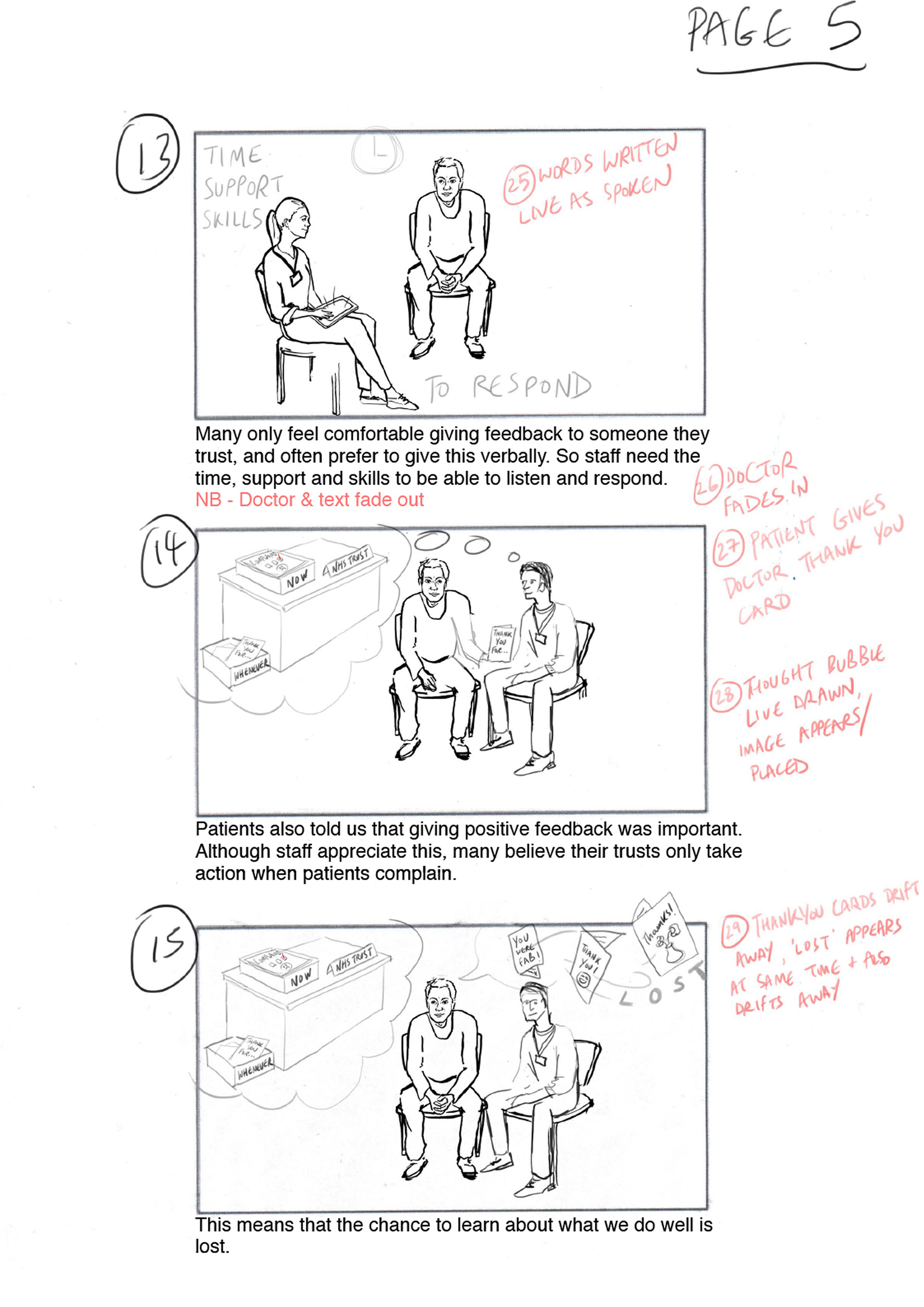 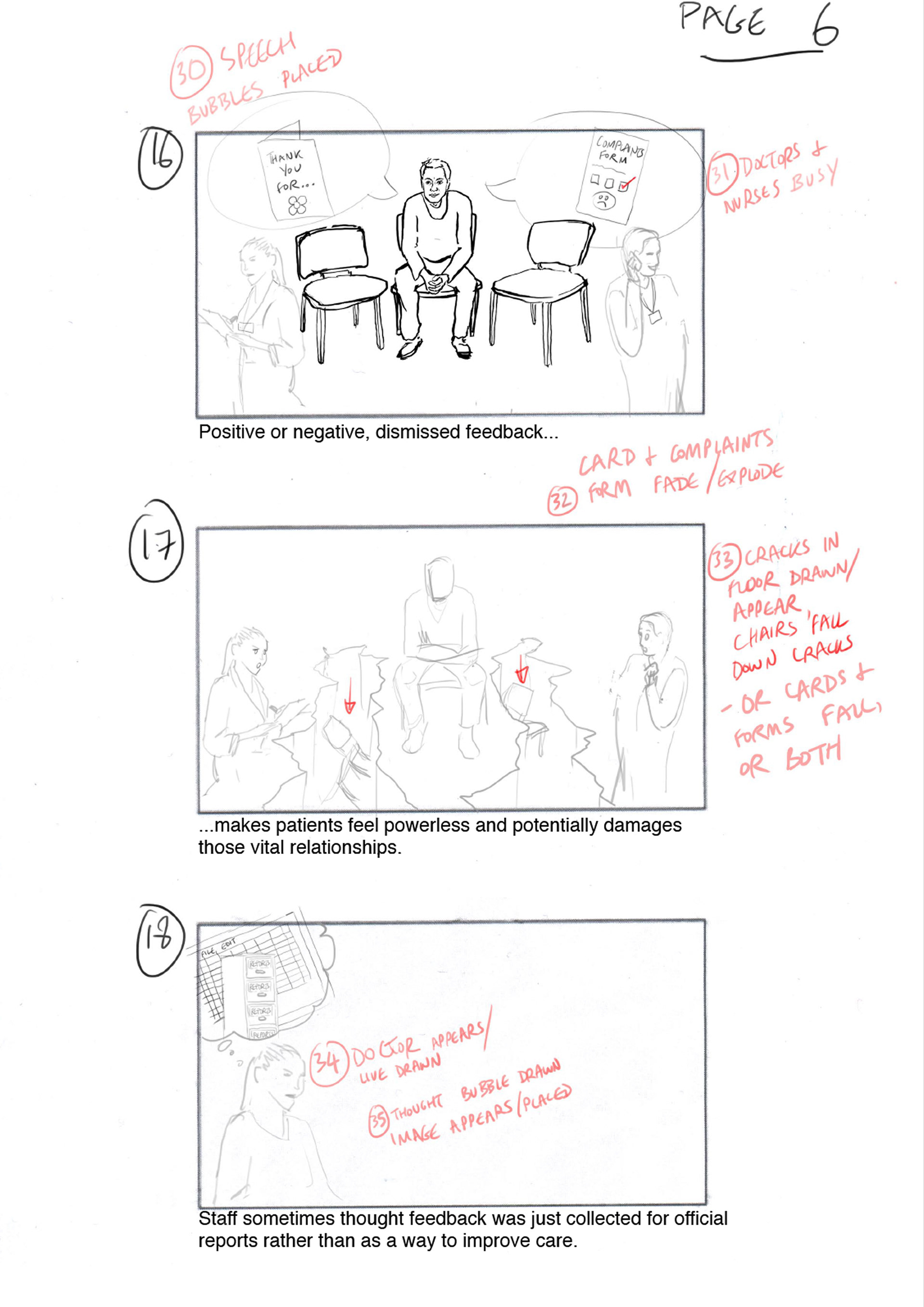 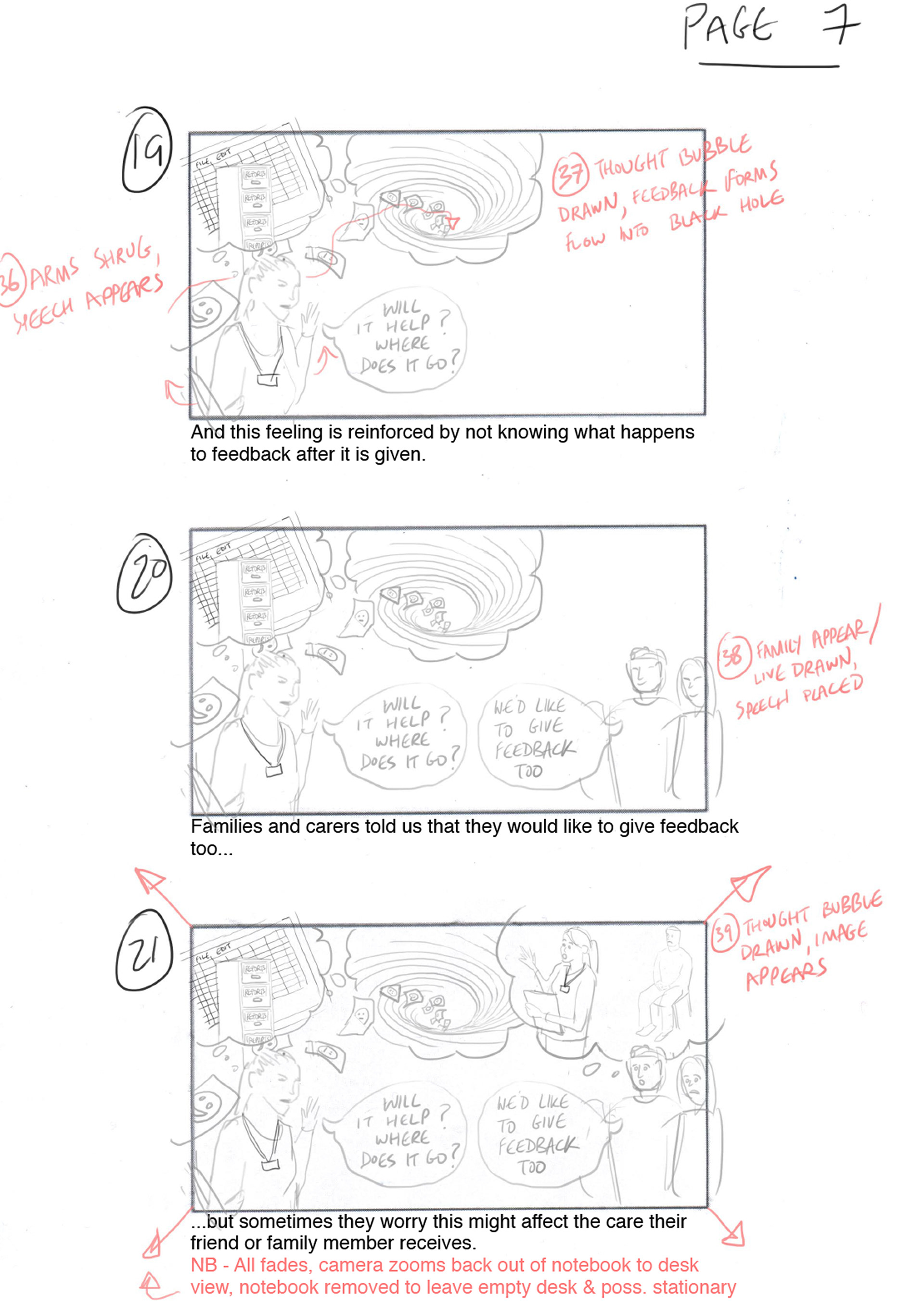 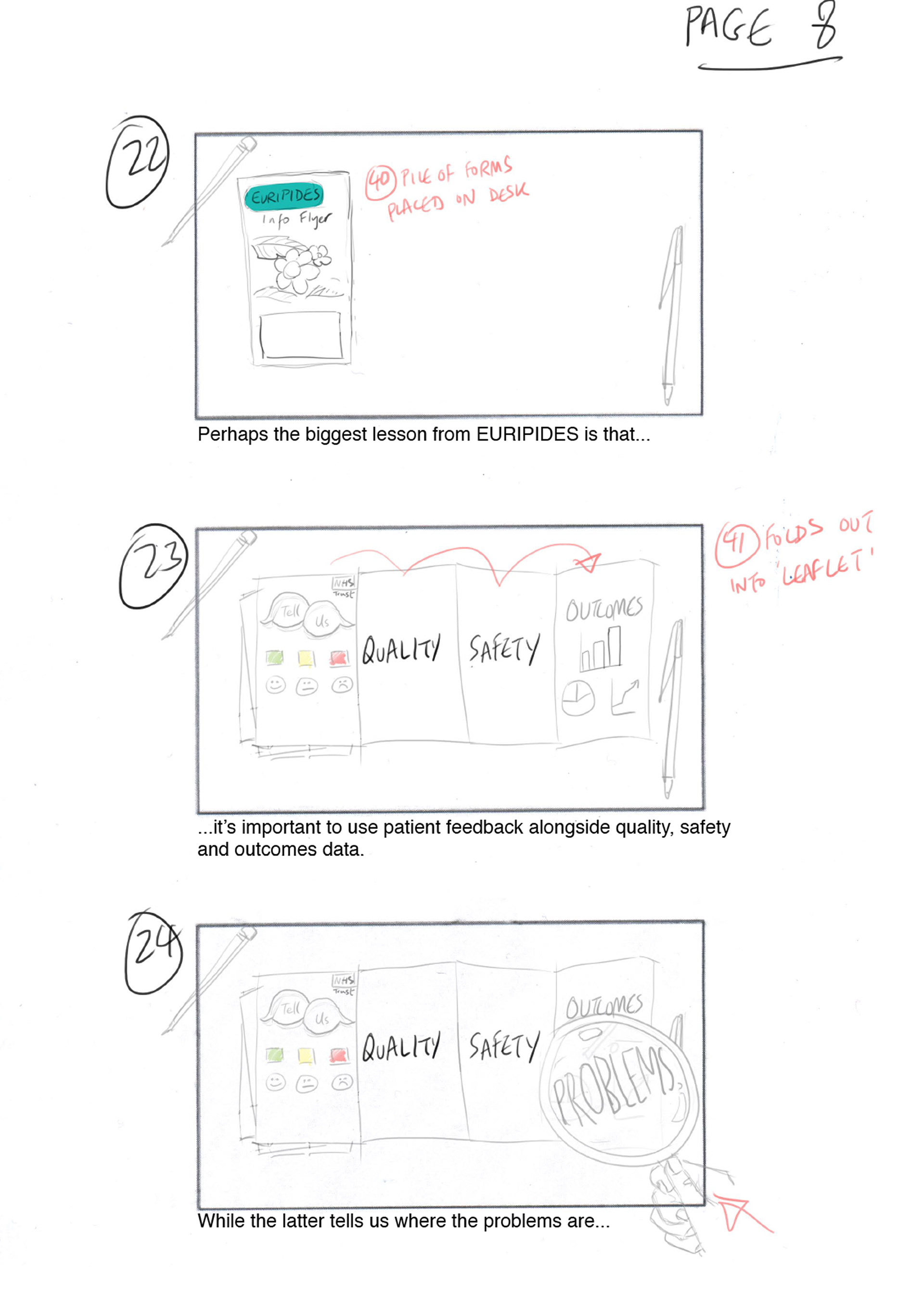 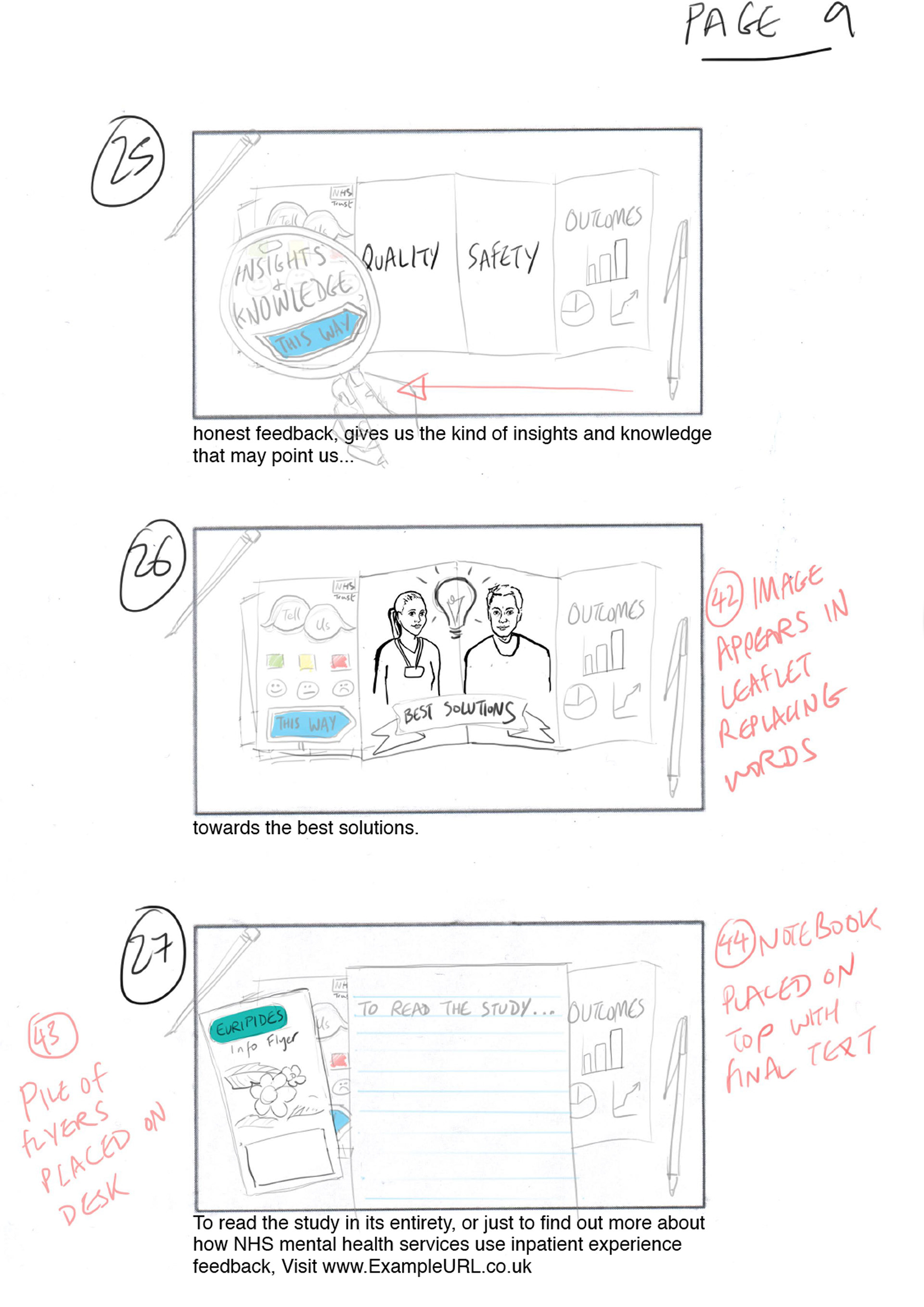