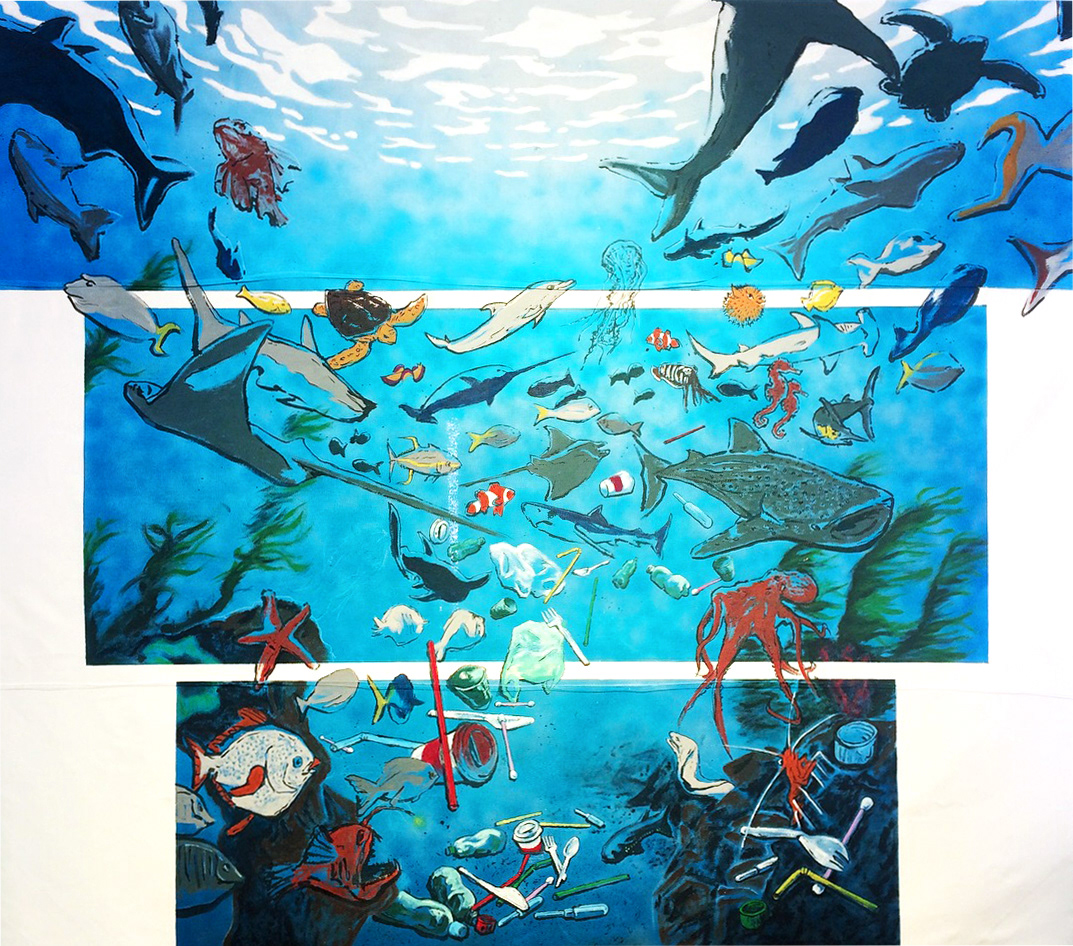 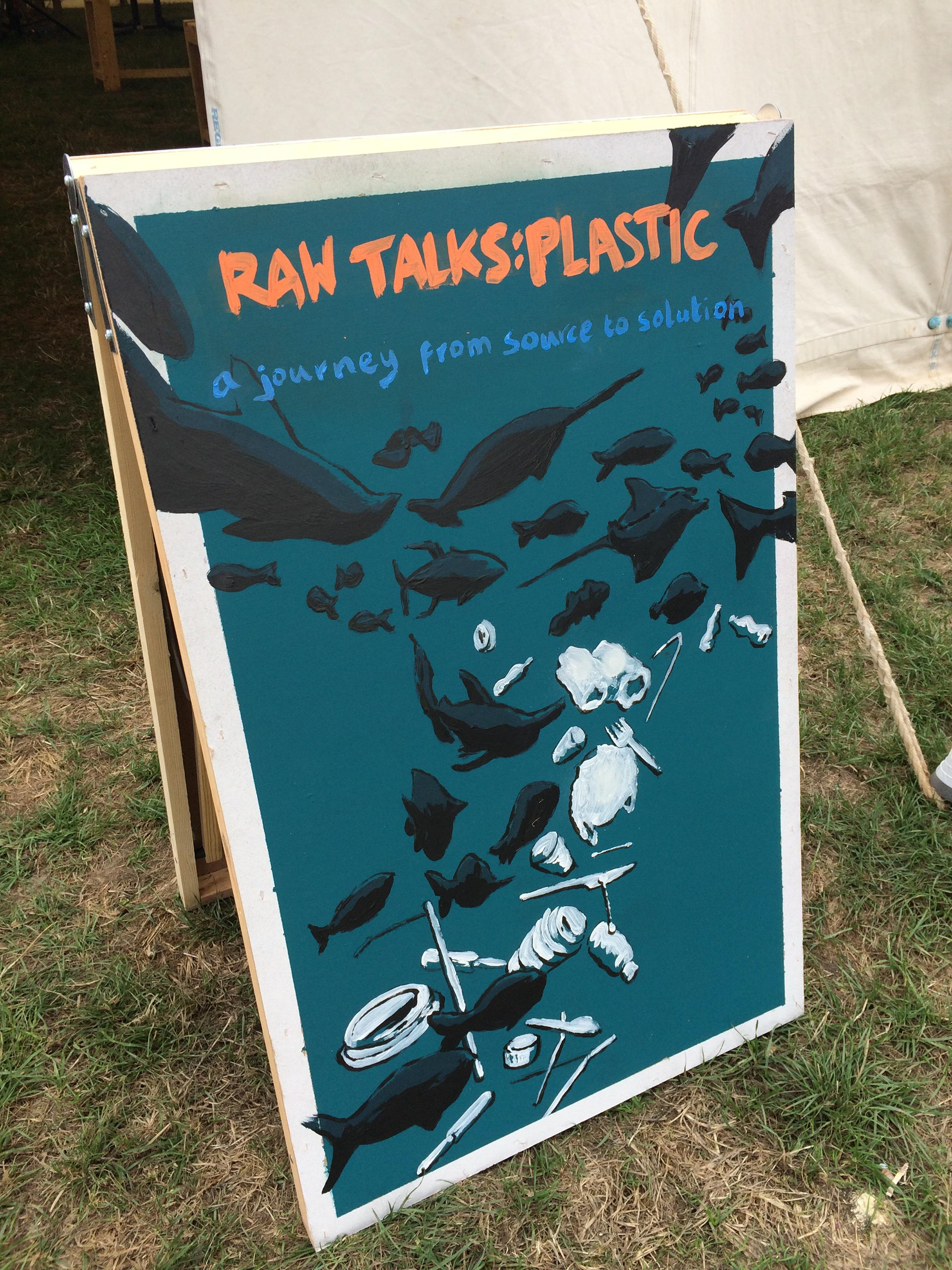 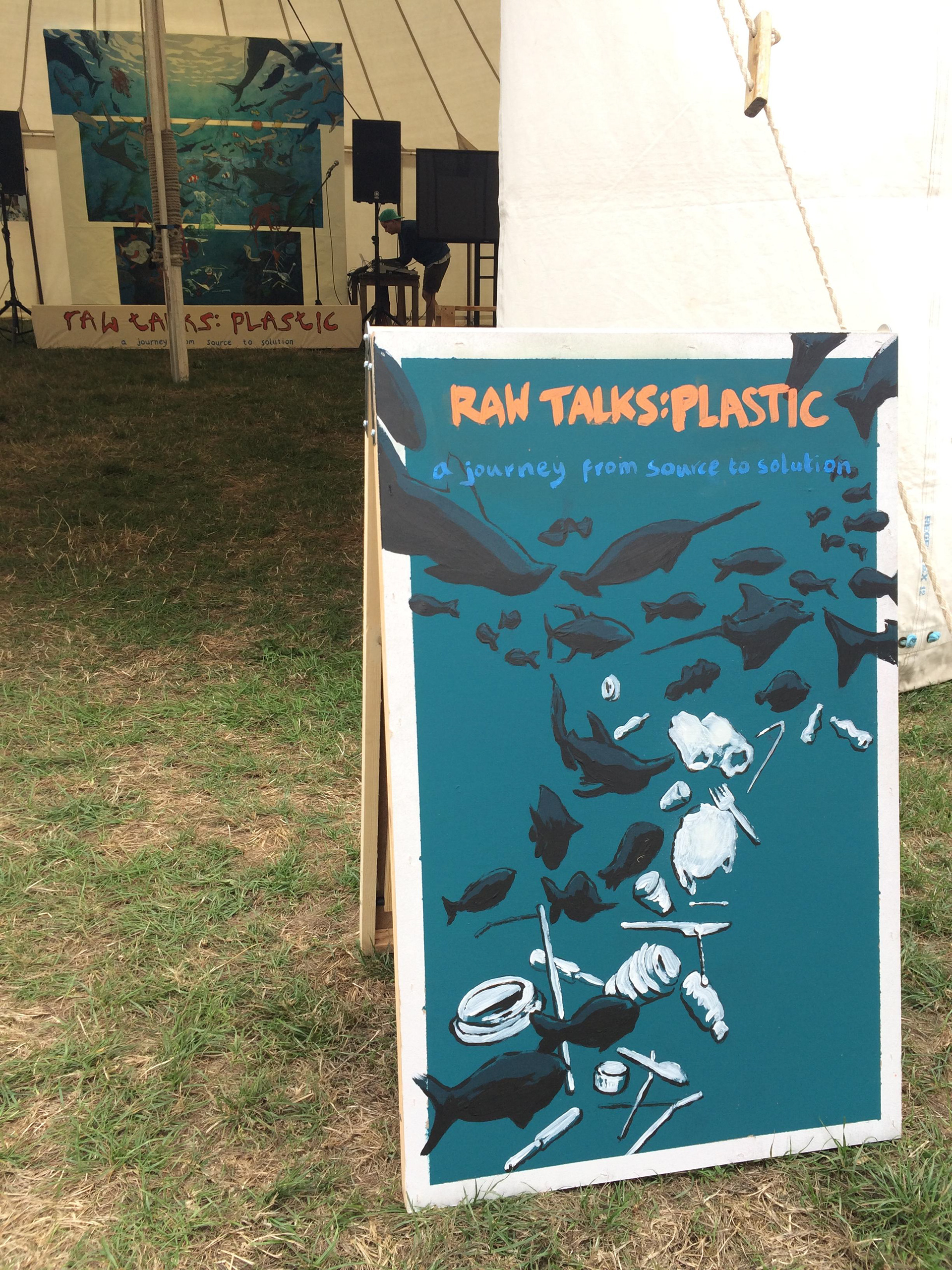 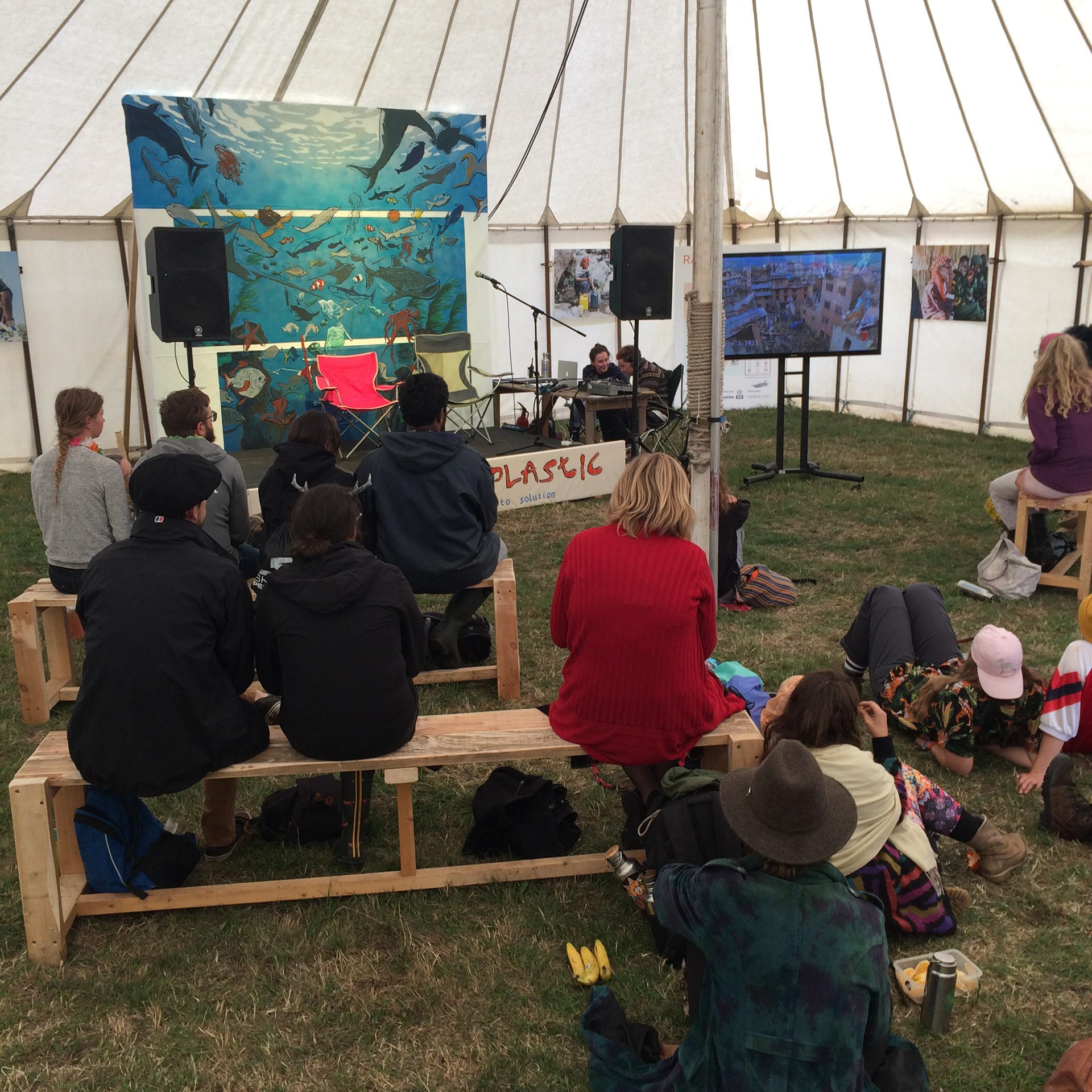 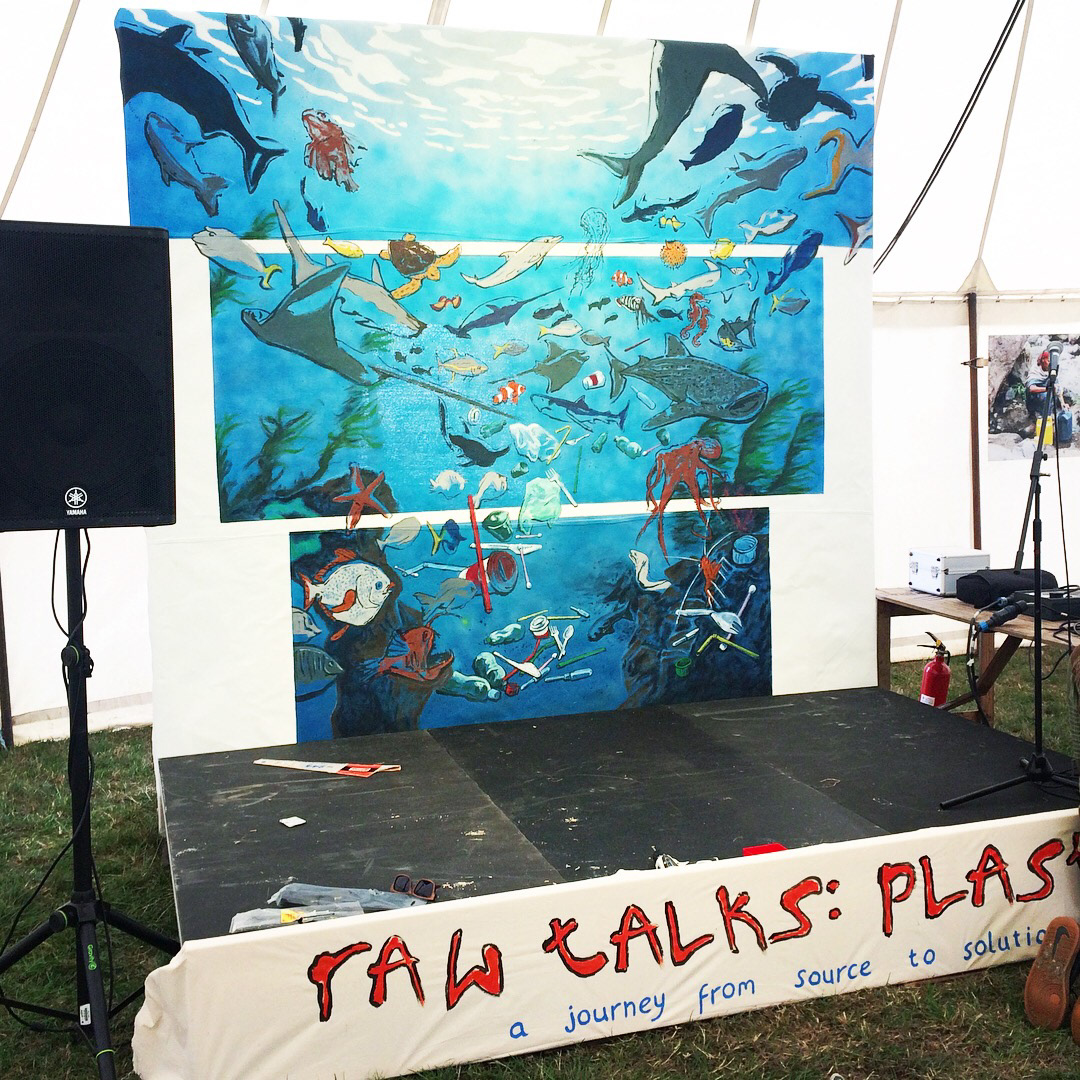 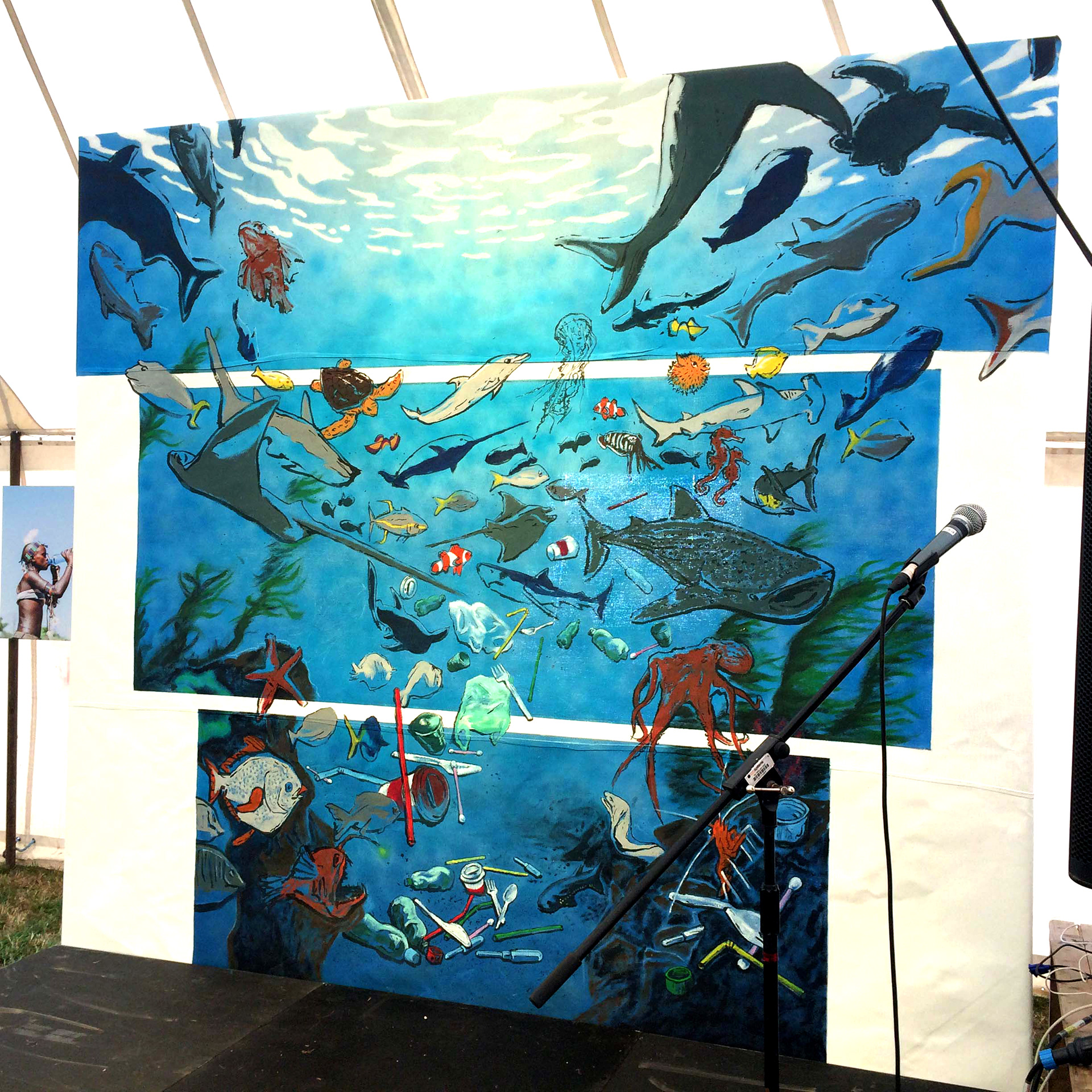 For this years Shambala festival I was lucky enough to be commissioned to produce a large scale painting to act as a stage backdrop for the Raw Foundation 'Raw Talks' that took place in the recycling exchange tent, as well as an 'A-board' sign for outside the tent advertising the talks to festival goers and a sign for the front of the stage. The design was to be based on my previous illustration 'Into The Blue' which I've included an image of here, which depicts some of the sea creatures found at the various ocean depth zones, but with the inclusion of plastic pollution in the Raw Talks image. Also included here are some time-lapse videos of some of the production of the image!
Click on any image to see them all as a slideshow

Available to buy as an A2 digital print and as an A1 poster, use the contact form to enquire

Timelapse videos. The first features my lovely assistant Lu who painted the white ripples at the top of the piece, as well as tirelessly providing much support, both in stretching and preparation of the canvas and moral!
↑Back to Top