Below is the first completed illustration for a children's storybook collaboration with Brighton based part time author Faye Hinton. The story & text in the process of being finalised before further illustration work can continue.
Lost at Sea, from Ardid & The Seagull, 2017

"Scott listened carefully to my ideas and then totally tuned in to what my hopes for Ardid and the Seagull were.  He seems to have an innate ability to understand what I imagine the book will look like and brings this to life in the images he creates.  Scott is also very happy to share his interpretation of, and ideas about, how Ardid and the Seagull can develop as a whole and I really value his creative input.  I am really happy to be collaborating with Scott."
Faye Hinton, Author
Available to purchase as prints;
BUY LOST AT SEA PRINTS
At the start of 2018 I found out about a central London competition organised by London Loop, described as "the world’s biggest urban gallery"!
"London Loop shaped an urban, roadside exhibition space, that ran from Shoreditch to Soho, covering some 7.54 square miles of the busiest London commuter routes. Showcasing 1200 works to over 10 million Londoners and tourists. On-line, we had more than 5,000 works submitted by over 2,000 artists attracting over 150,000 unique visitors who browsed, voted, or did both!"
After the voting process I was delighted to find out that 'Lost At Sea' was selected to appear on one of their digital billboards, along with 2 other illustrations I had submitted. It was on display all day on 24th March 2018 on Old Street, Shoreditch, and here are some photos I took when I went to see it! 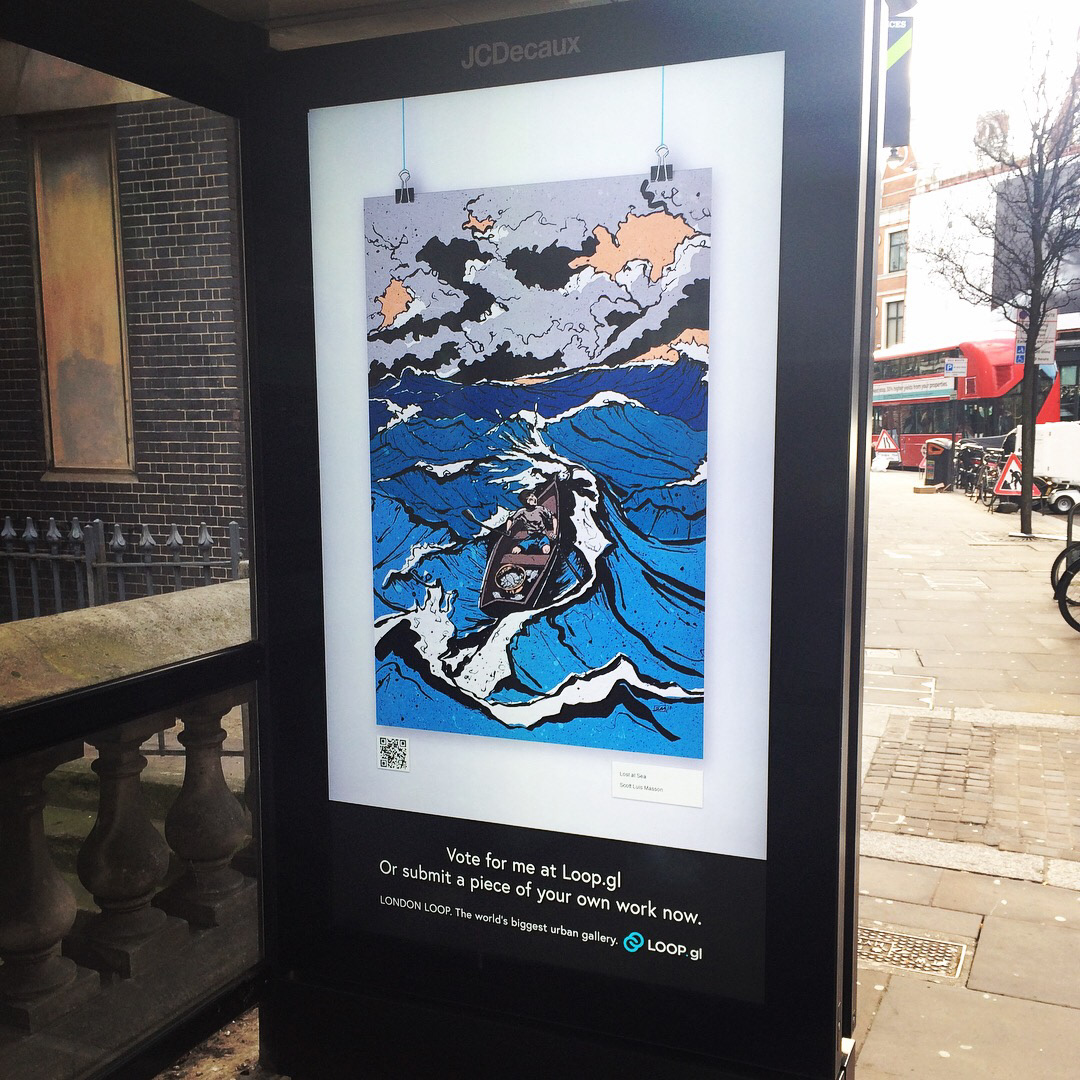 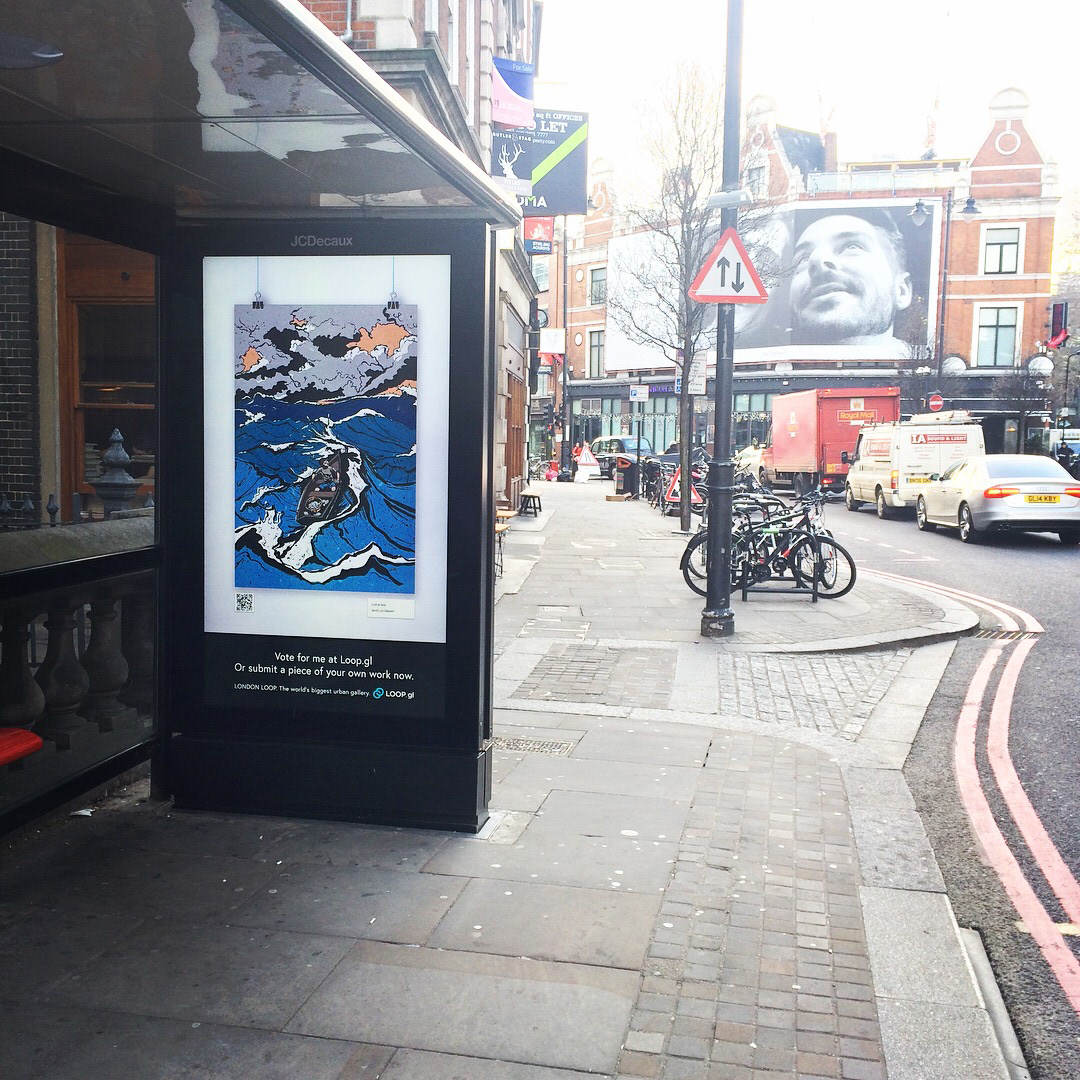 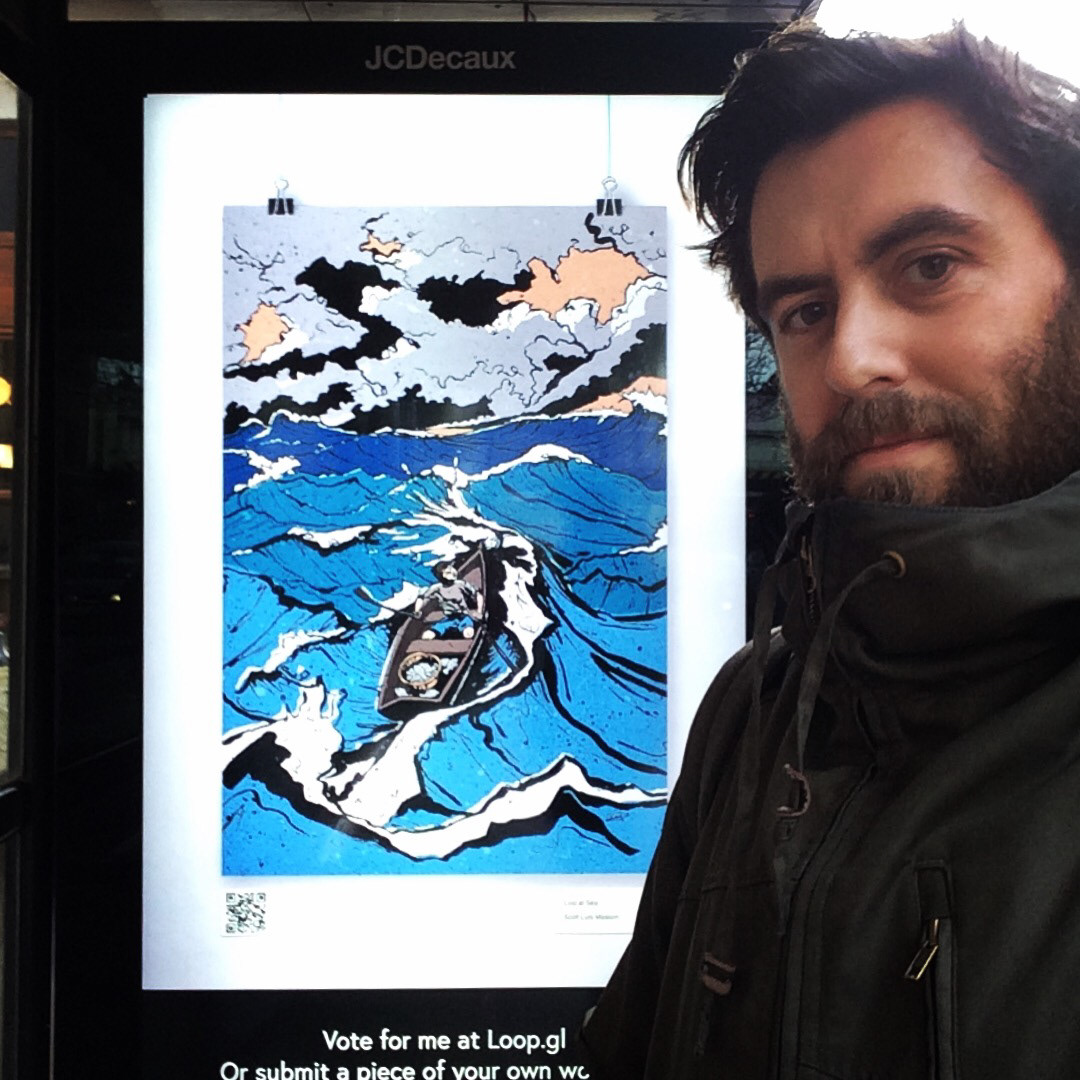 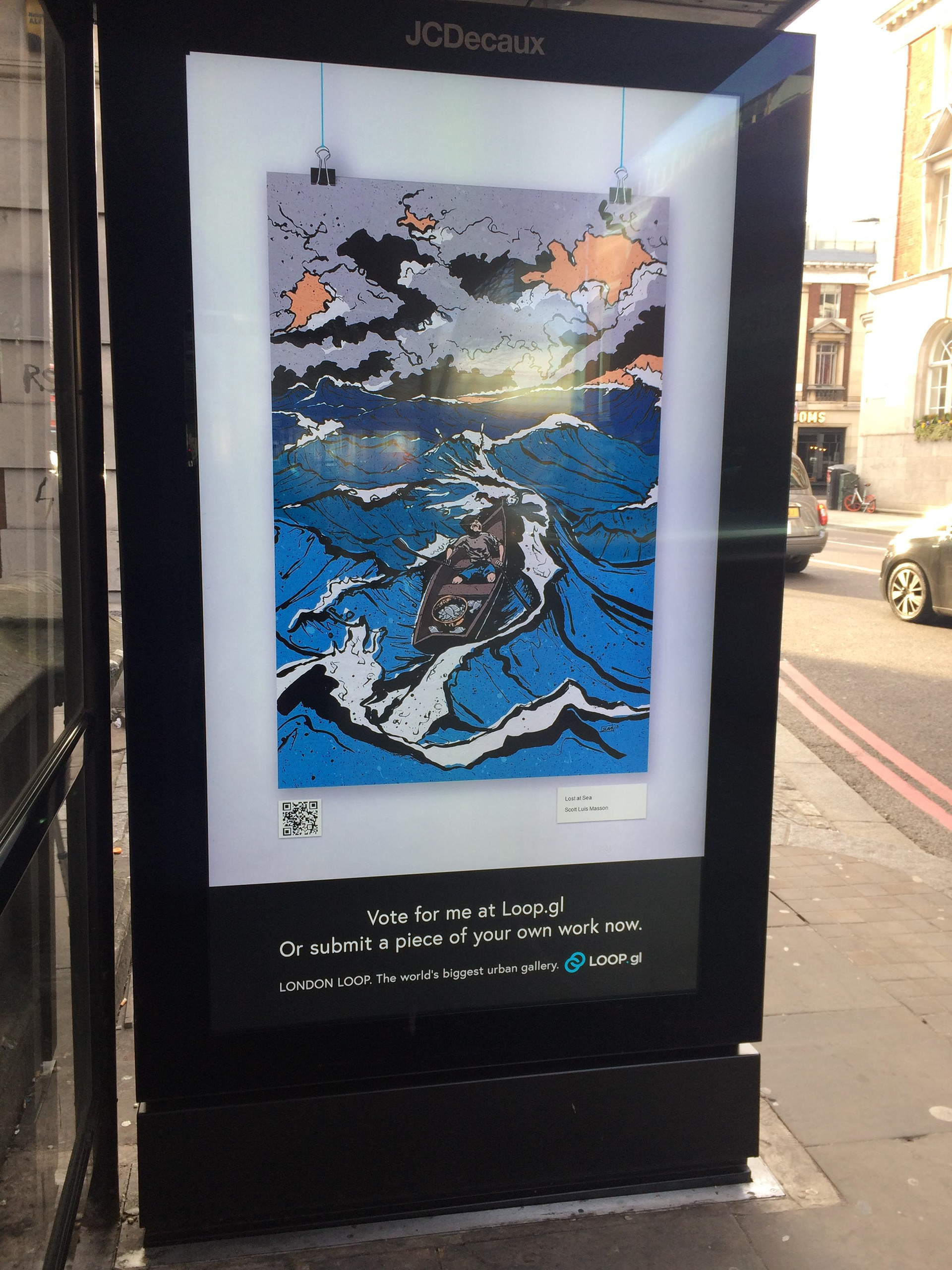