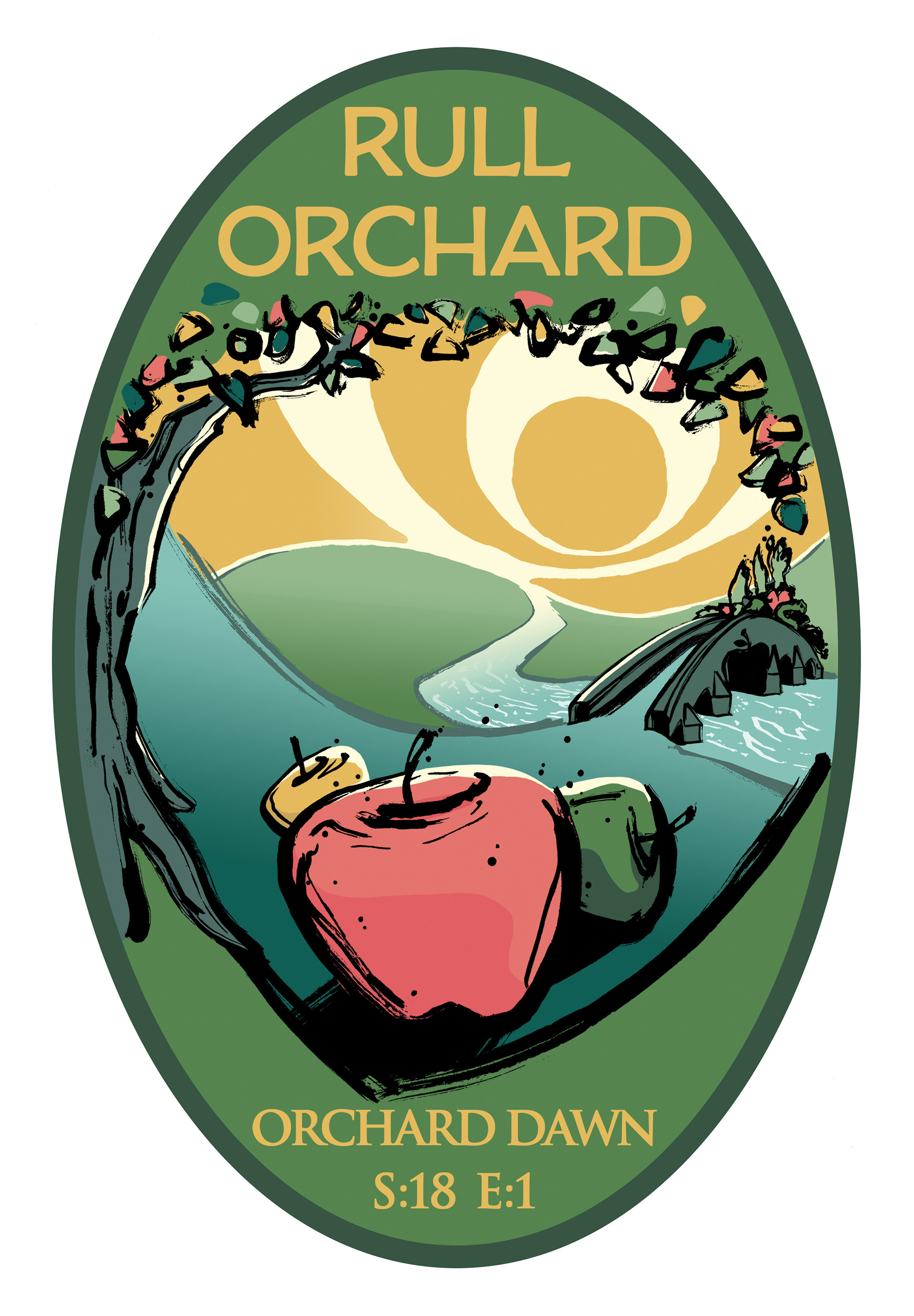 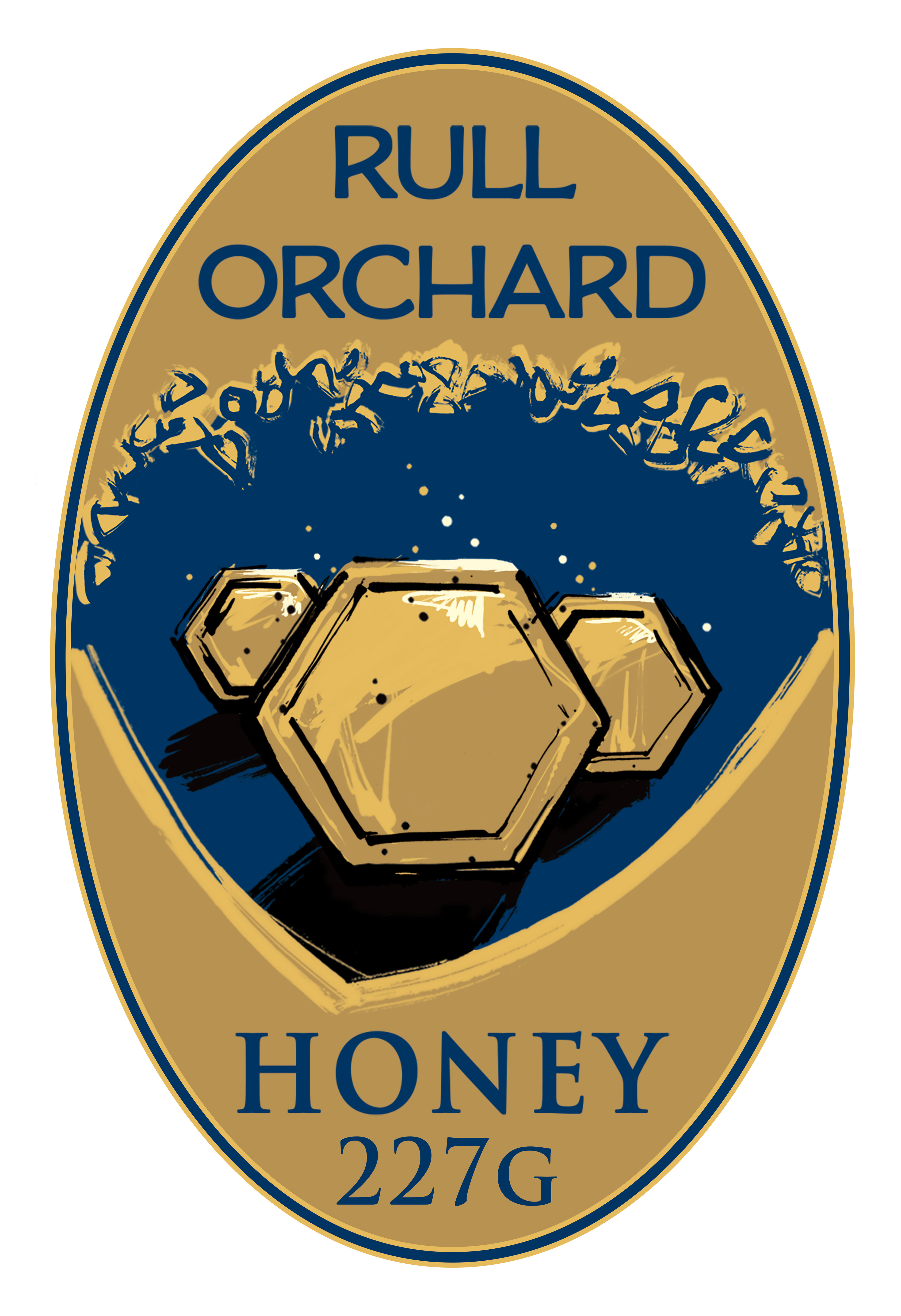 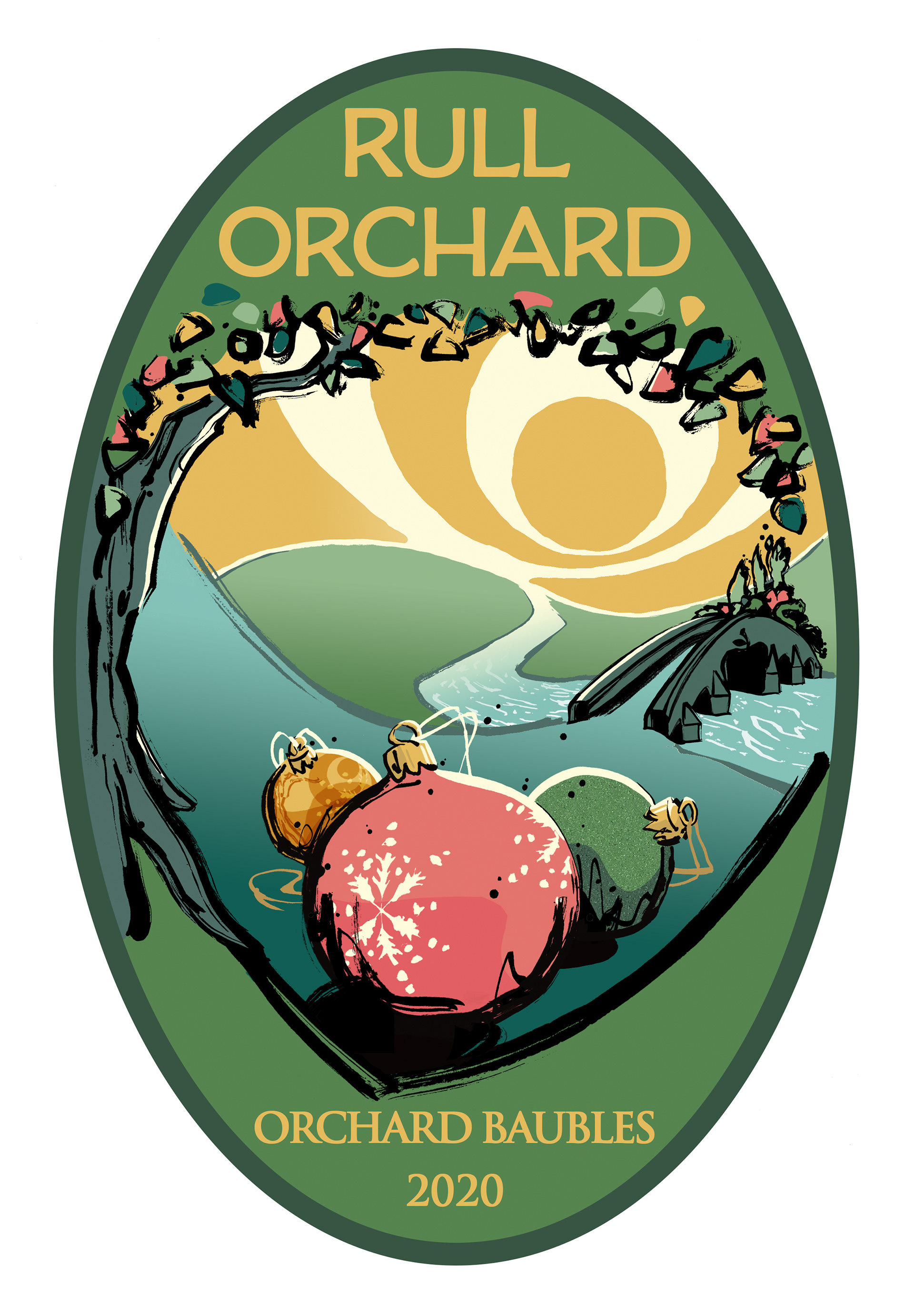 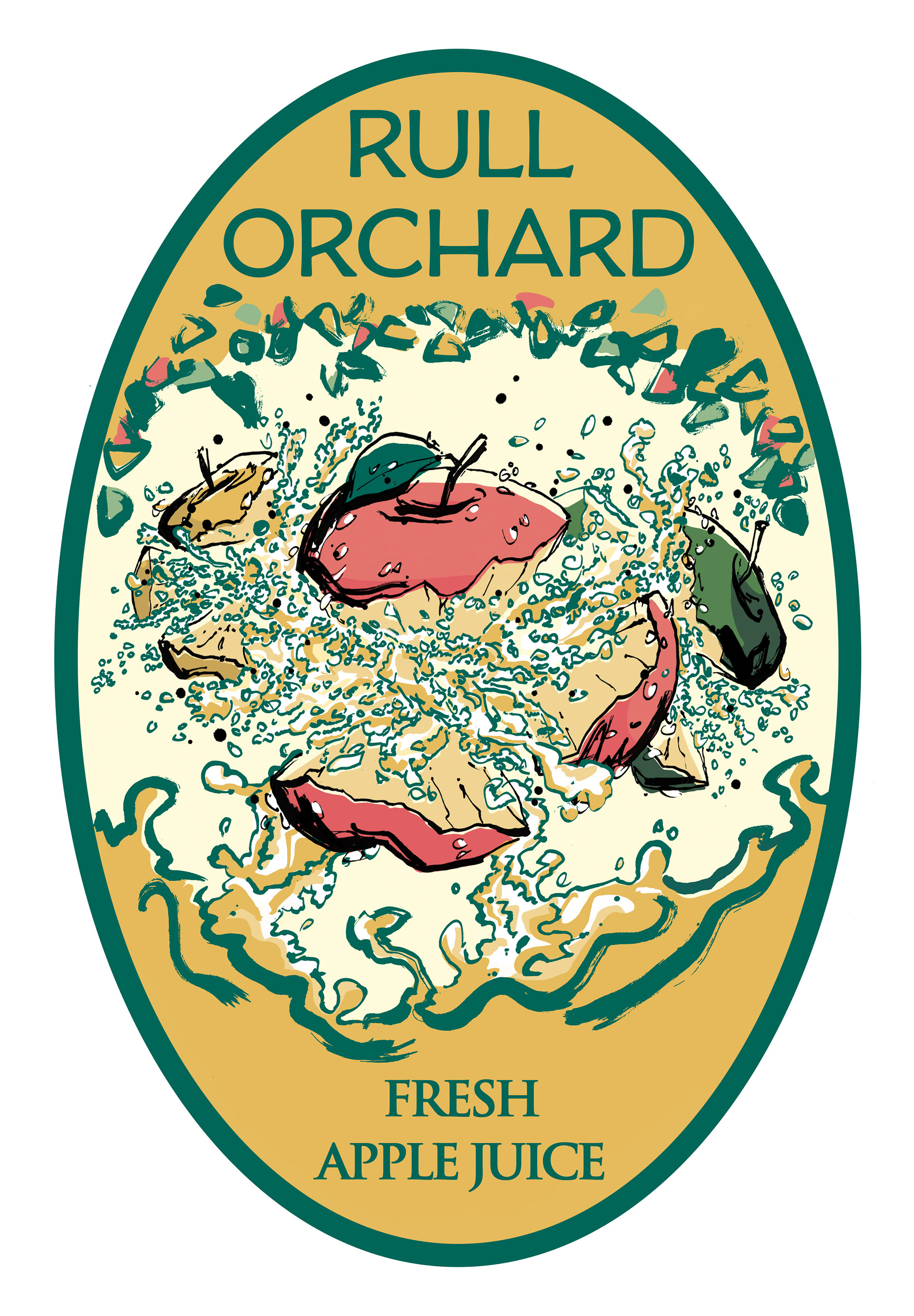 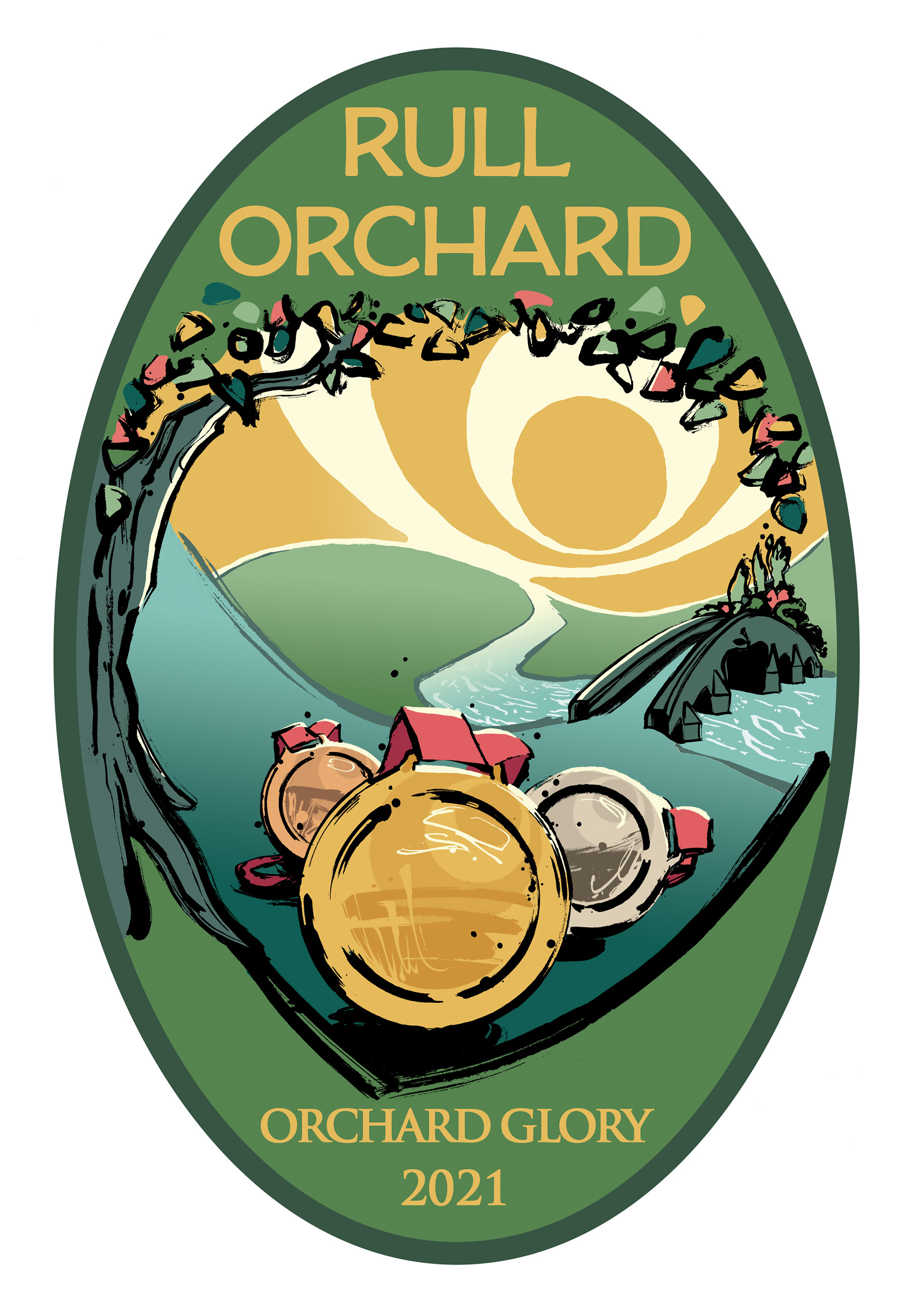 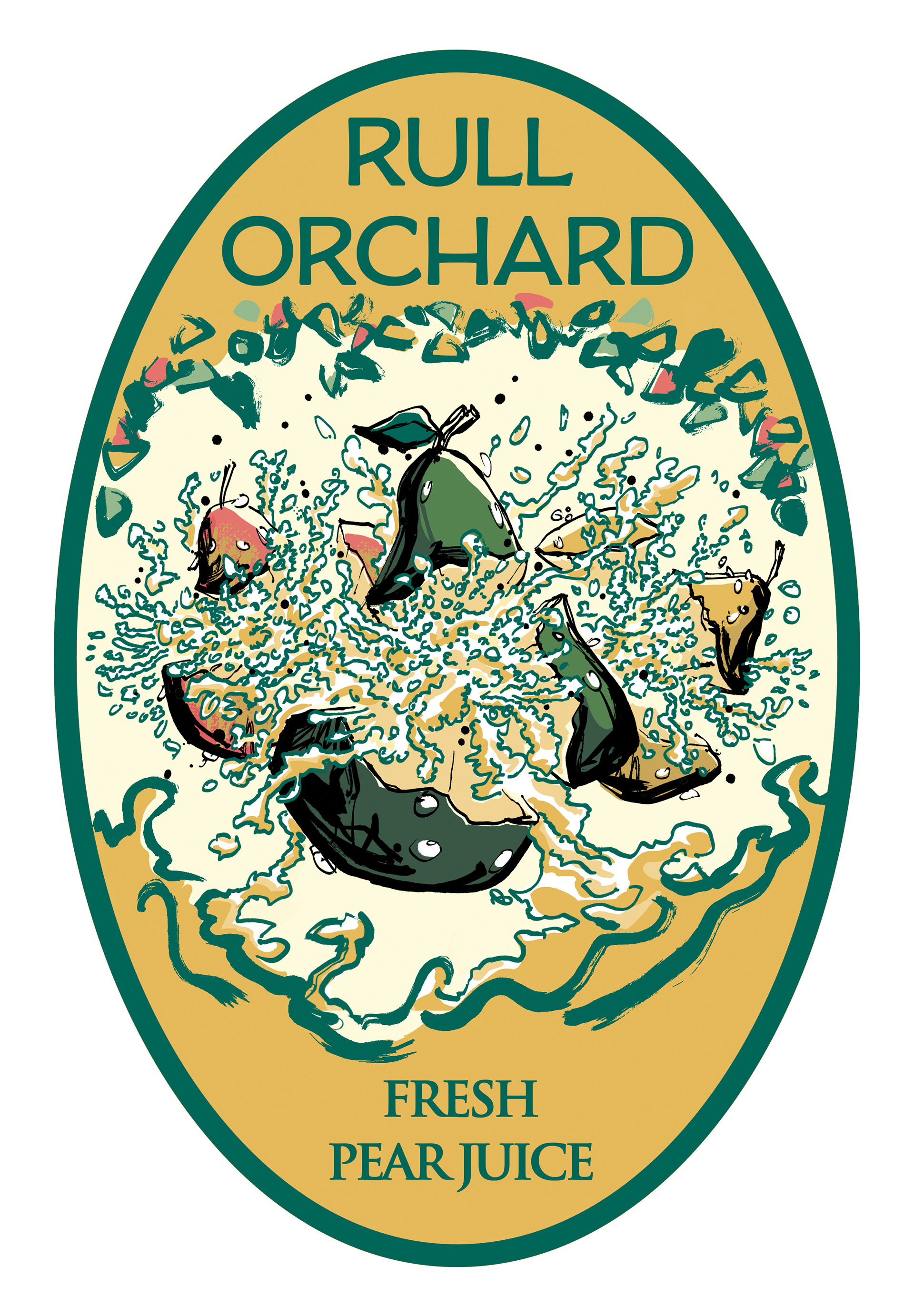 In the Autumn of 2018 I was contacted by Mike Shoreland of Rull Orchard to design and illustrate a bottle packaging label for his new and first batch of cider, now known as 'Orchard Dawn', that could be translated as a design across a range of other products the orchard has been developing.

Here are some of the developmental sketches & stages we went through to show a little of the process; 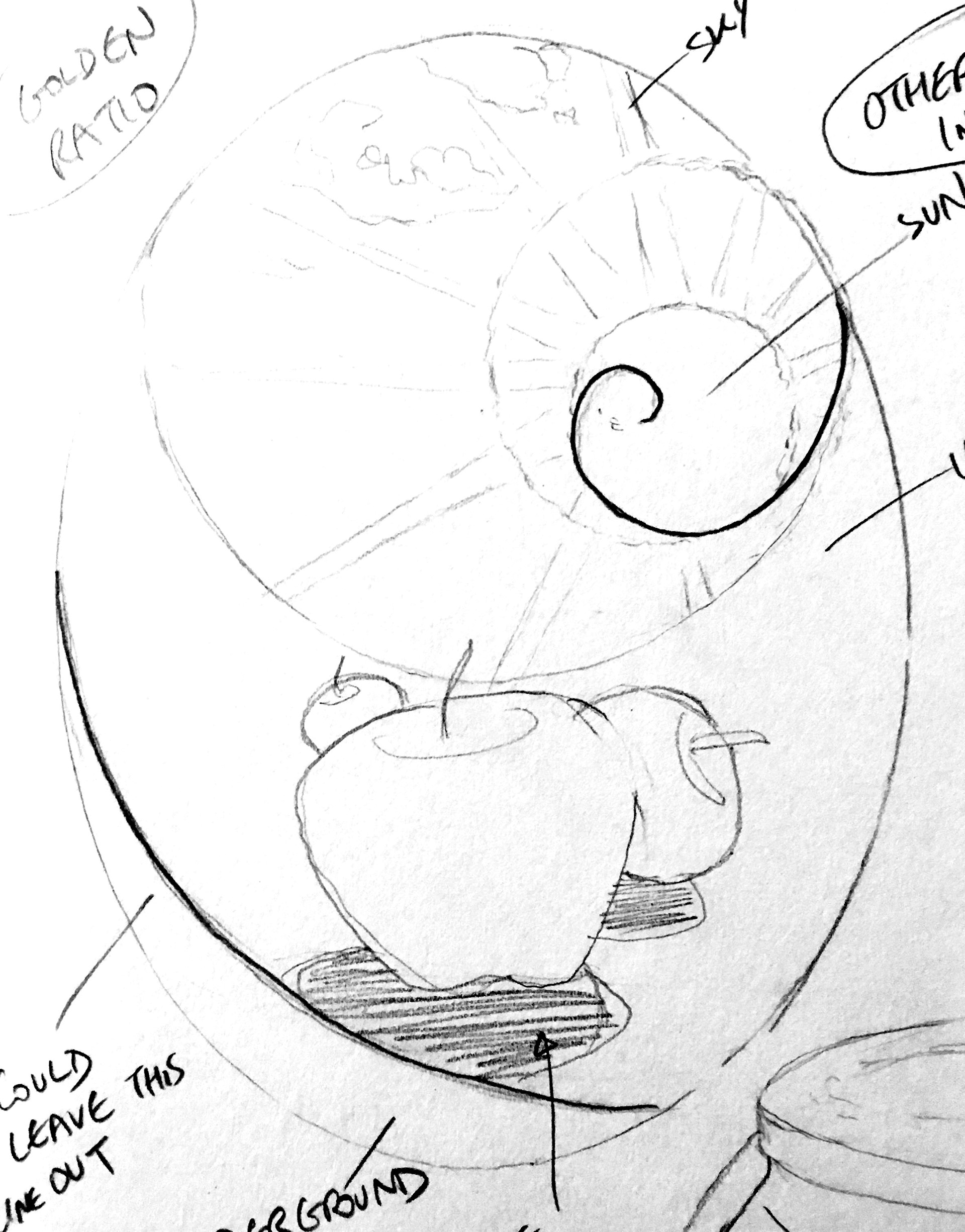 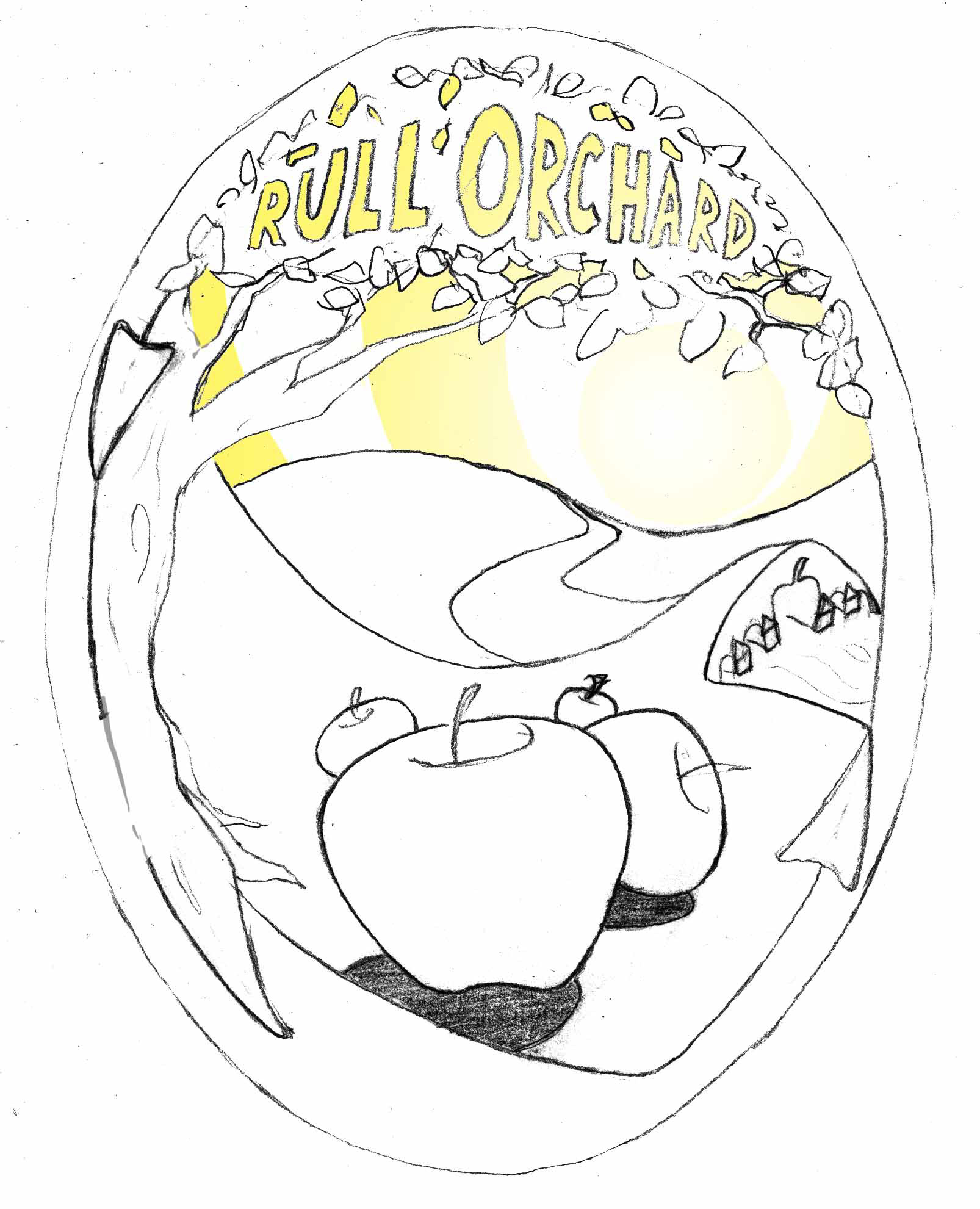 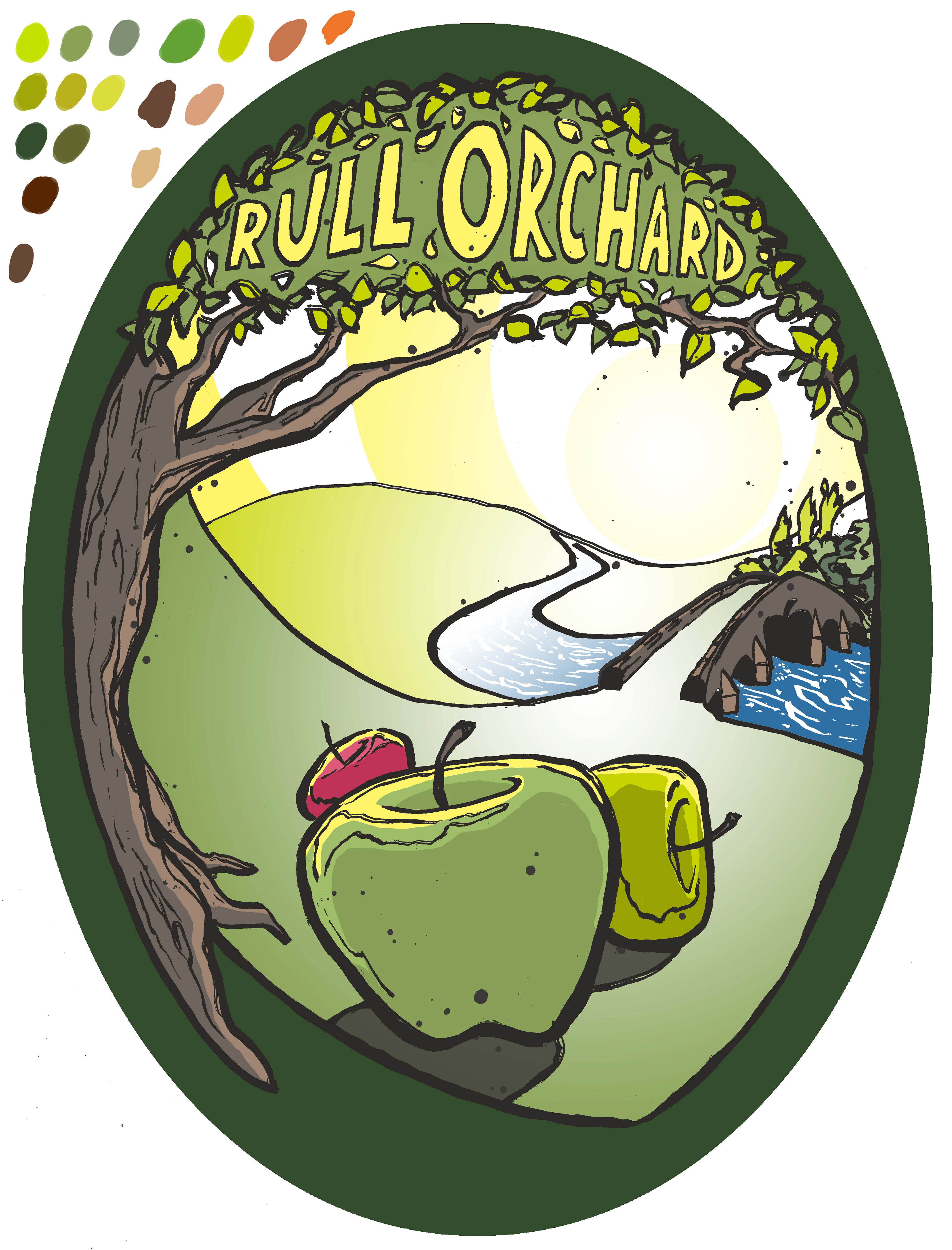 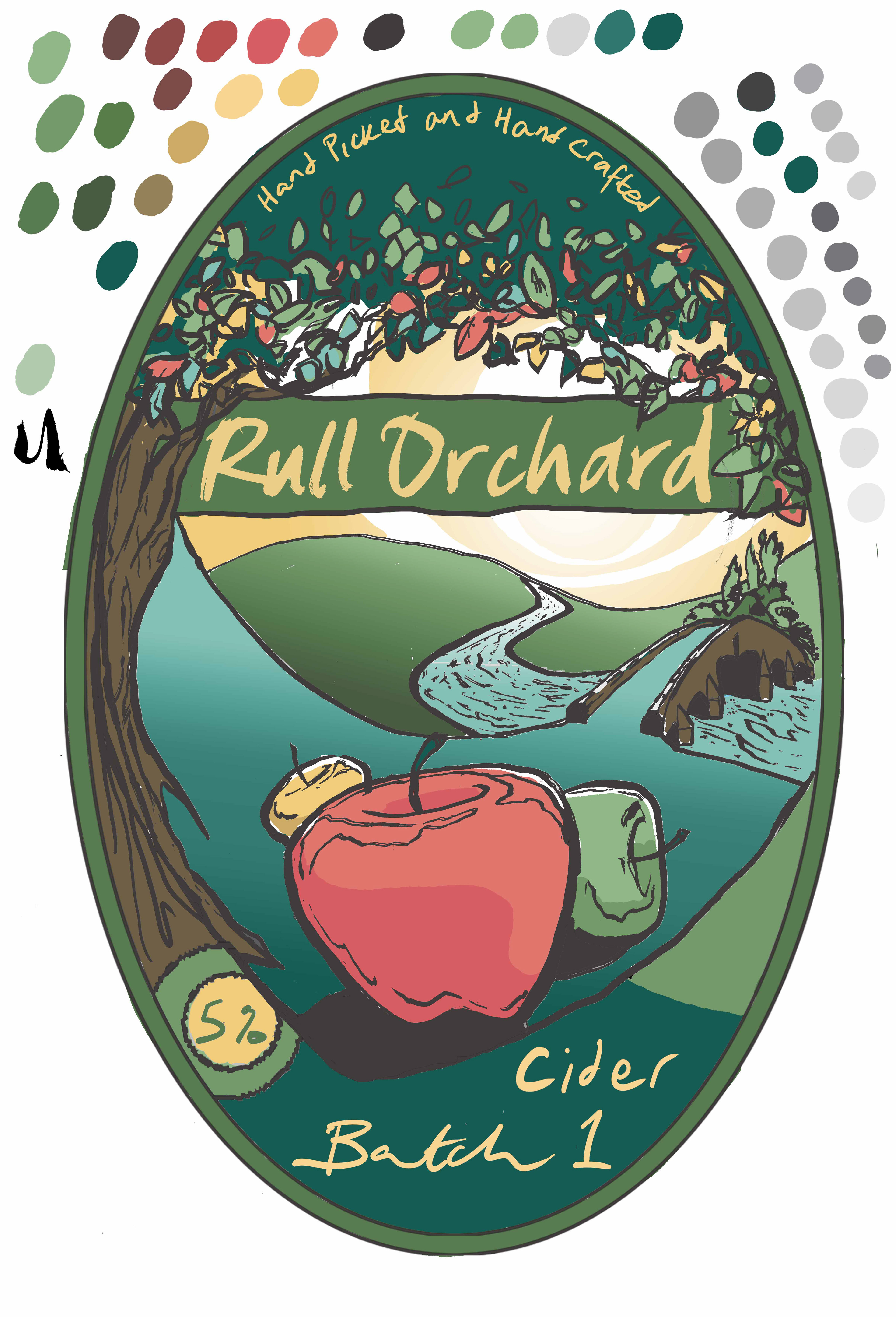 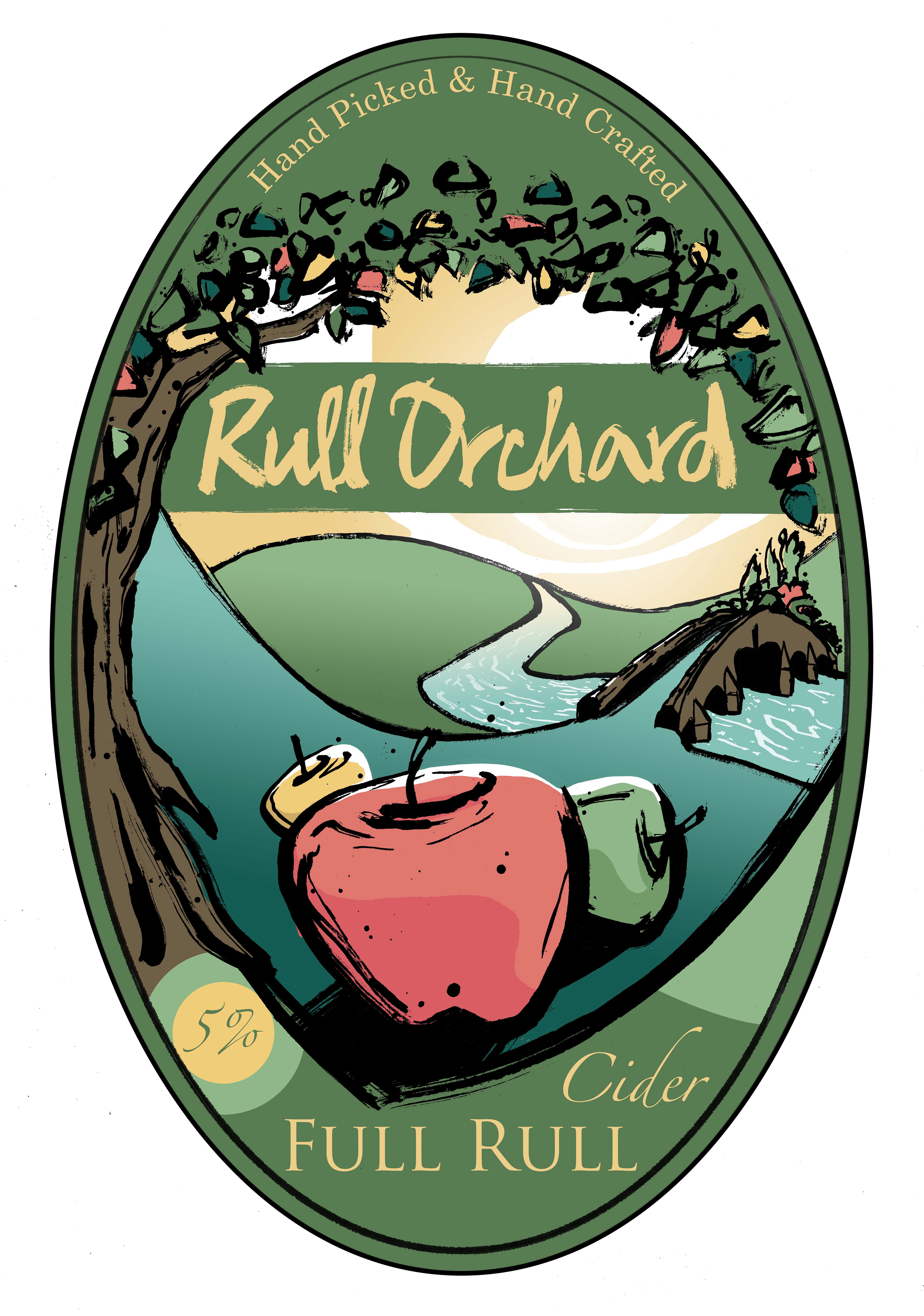 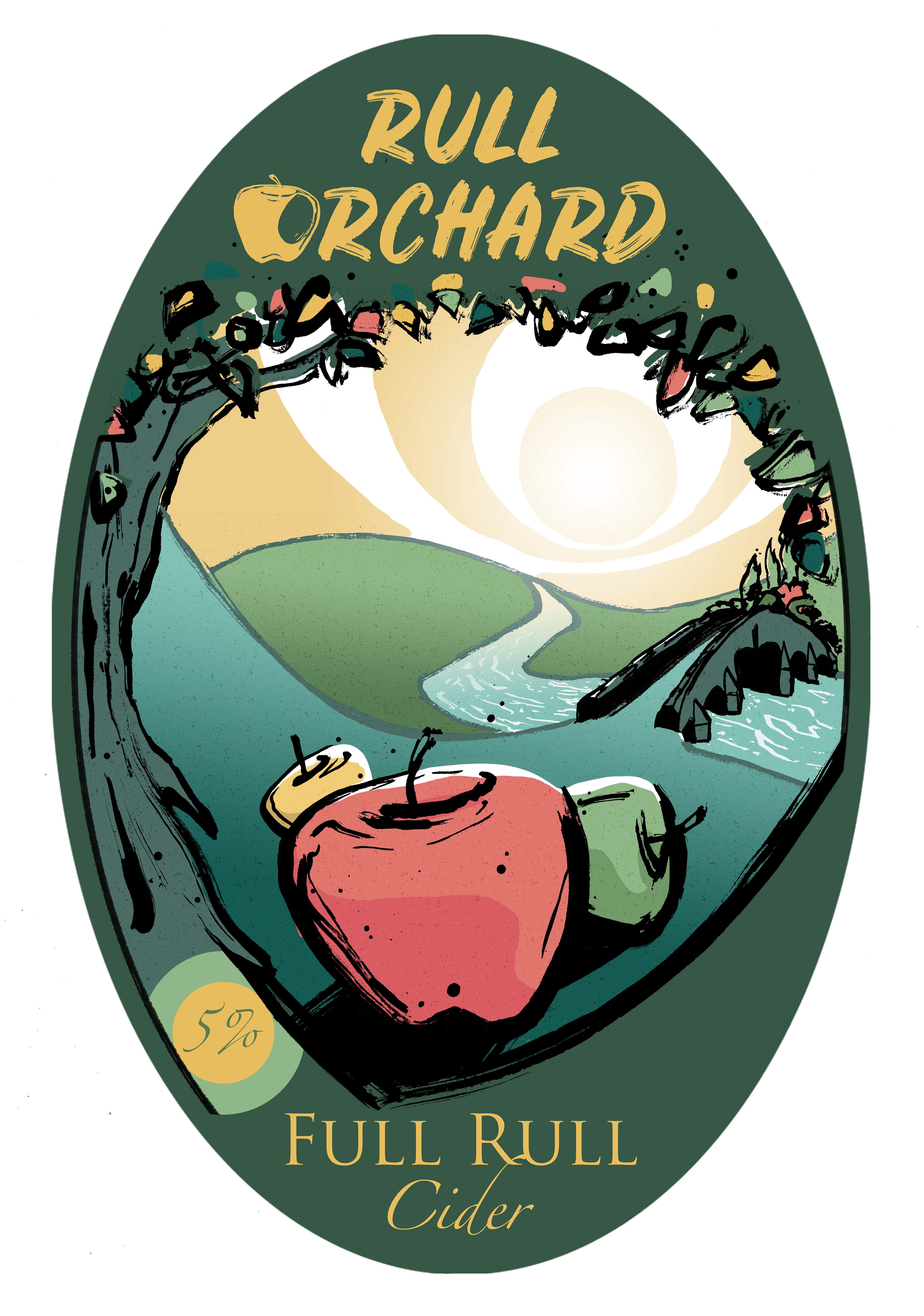 The design of the wings was produced by Arobase Creative Design Agency, who produced the final label below:

A much smaller version was needed next for a honey jar label which meant simplifying the design for clarity and incorporating wings that would wrap around a hexagonal glass jar;

Next on the agenda in early 2020 was to create a couple of variations on the original cider to celebrate the festive period and the olympics;

Following the cider and honey labels we began to design a new variation on the overall concept for the range of fruit juices that were being developed. The first of these was for fresh apple juice, and after a few discussions we landed on an exploding fruit idea, which was then developed into mulled and sparkling equivalents through colour variations, and the artwork concept then developed further into a fresh pear juice;

At this time I was also asked to develop the print ready files for the 3 apple juices using the wings template;